Mikoy Morales of Protege fame is now a concert producer 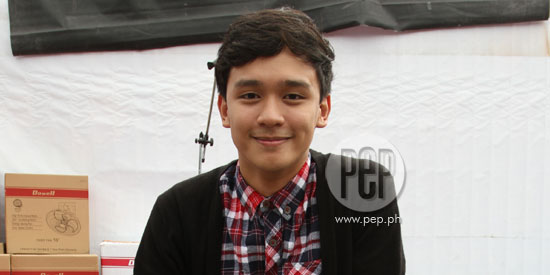 Mikoy Morales on his new calling as concert producer: “It has always been my dream to see all the people who influenced me and those who are dear to me work together.”

“This is the first concert that I'm co-producing under SPARC Productions.

“We are honored and grateful that Sir Vince agreed to work on this project.

“As one of the most renowned composers in the industry, his songs from musicals, film, TV, and his album will be staged in concert for the first time including music from Zsa Zsa Zaturnah Ze Musical, Himala, and the recent Kung Paano Ako Naging Leading Lady, and more,” pahayag ni Mikoy nang makapanayam namin siya via private messaging on Facebook last June 2.

“SPARC Productions was founded by my good friend and Senor Dino Alvarez, who's also been teaching me since my Kundirana days.

“The company is his brainchild and it's technically a materialisation of our experiences and ideas as performers and production.

“I joined him because I saw his vision and related to his passion—making great ideas come to life,” saad pa niya.

“I'm not saying that madami na ako nun, but I am determined to make things happen.

“I am young and still learning. Life is one big process,” diin pa niya.

“As part of the production team, it's not your persona that is seen by the people, but your work and your work alone.

“You oversee the details and totality of the project objectively.

“We have big hopes for SPARC, and it's our venue for experimentation.”

“It has always been my dream to see all the people who influenced me and those who are dear to me work together.”

“I did two musicals in UST before, but yes, it's my first time to experience Philippine theatre.

“Nanibago ako dahil sa method ng acting na gingamit ko and it took me time to adjust, but it's also one of the best parts of the learning process. Ang sarap lang.

“I play the role of Henyotic, one of the Kayumanggilas.

“It’s the best working environment I've been in.

“Ang gagaling nilang lahat. I mean, you learn from everyone, even by just watching them.

“We hang out every time. We have a very clingy cast and talk about our performances.

“You grow each day you're with them. The bond we have is different and it's real, and it shows.

“Sa TV kasi may cameras, may cure, may take two and may editing pa.

“But in theatre, wala. It's done live and there's an audience. And that's the best part about it—the response,” pagmamalaki pa ni Mikoy.

“Thea and I are still the best of friends.

“Kahit madami nang nagyayari, we still manage to just go with the flow and let things be.

“There's no need to label anything.”