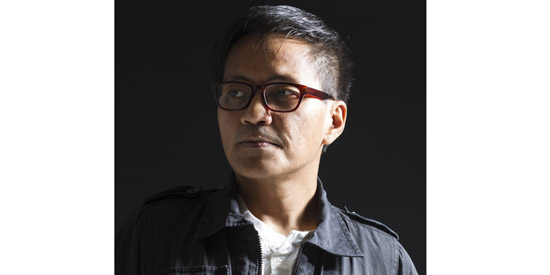 Ebe Dancel's "Hanggang Wala Nang Bukas" will be used as the theme song of the historical film Heneral Luna.

“I think there should be a little of General Luna in all of us.”

“Let us not be afraid to stand up for the things we believe in,” says prolific Pinoy rock singer-songwriter Ebe Dancel about his latest work, “Hanggang Wala Nang Bukas”—the theme song for the upcoming historical action epic, Heneral Luna.

According to Ebe, the song was inspired by the movie’s message of hope, courage and passion.

He narrates, “It took me a few weeks after watching the movie to figure out what to do next. I came up with the line “mamahalin kita hanggang wala nang bukas” because it captures how I feel about the movie—hopeful and tragic at the same time. From there, I did the basic melody and most of the lyrics at the beach in Romblon. Once I got home, I finished the song and sent Jerrold the demo.”

The former Sugarfree frontman admitted that it was an honor to have been commissioned by award-winning film director Jerrold Tarog (Sana Dati, Confessional, Senior Year) to write the song.

He adds, “I was told Jerrold was interested in working with me and I couldn’t pass up on the chance to work with a fellow UPRHS alumnus. I’ve always wanted to honor Los Banos, where he and I both studied.”

Of the film’s thought-provoking critique on patriotism and heroism, Ebe says, “It took a while for me to totally get over my initial reaction. I was excited, sad and inspired all at the same time after seeing the movie. I, too, tend to be extremely passionate about the things I believe in.”

The director’s out-of-the-box treatment made Ebe take notice as well.

He recalls, “I saw Sana Dati, and Heneral Luna was totally different. The former was very subtle, and the latter so intense, it made me want to jump out of my seat. First thing I said after the movie ended was, “Wow!” Then, my manager and I said it maybe 15 more times. Jerrold is a very talented artist.”

Ebe also revealed an interesting sidelight: the director is also a talented musician.

For the theme song, Jerrold himself played drums alongside Ebe’s friends and regular sidemen Kettle Mata on guitars and Roger Alcantara on bass. Recorded at Tower of Doom under the guidance of Ebe’s good friend, Eric Perlas, the song will also be included in Ebe's upcoming album.

Prior to his Heneral Luna stint, Ebe also wrote “’Wag Ka Nang Umiyak” for the Chito Rono movie, The Trial.

In time, Ebe plans to expand his compositional palette by exploring film scoring as well.

“It has always been a dream of mine. Maybe someday I will,” he muses.

He shares, “I’m recording a new album under Star Records, and am also about to collaborate with one of the country’s brightest and most talented musician.”