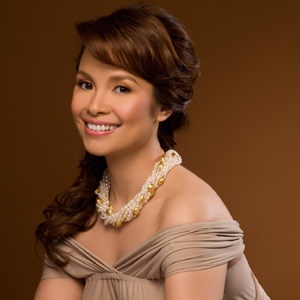 Lea Salonga celebrates the most memorable moments of her life and career in the two-night concert titled LEA, My Life...On Stage. The musical will be held from on May 23 and 24 at the PICC Plenary Hall, Manila.

Lea Salonga will regale audiences with her timeless songs and lilting voice as she looks back on her 30-year career during her upcoming two-night concert. In a presscon held at the Crowne Plaza yesterday, May 7, Lea sang the songs "Tomorrow" and "Journey," showcasing her vocal prowess.

Produced by Ambient Events, the musical is a collaborative effort between Lea, her brother Gerard who is the concert's musical director, the FILharmoniKa orchestra, and long-time mentor and two-time awardee for Best Stage Director, Freddie Santos.

Executed in the style of a true stage musical, it will delve into the different chapters of Lea's life with images straight from her past to supplement a magnificent live performance accompanied by a full orchestra, featuring songs from her various stage performances and records. It's a celebration of her past, present, and the future of her ever-flourishing career.

When asked about the ellipsis found in the title of the concert, Lea explained, "As you can see, it's ‘My Life' dot, dot, dot ‘On Stage.' It's not ‘My Life On Stage.' The three dots mean my life put on stage. We're just a little analytic when it comes to that thing."

During her phenomenal career, Lea has been featured in numerous plays—The King and I, Into the Woods, My Fair Lady, The Goodbye Girl, They're Playing our Song, Grease, The Fantastics, Paper Moon, The Bad Seed, The Sound of Music, Annie, Flower Drum Song, and of course, Miss Saigon.

Her portrayal of the lead role Kim in the 1991 production Miss Saigon won her a Tony Award for "Outstanding Performance by an Actress in a Musical," as well as an Outer Critics Circle Award, a Drama Desk Award, and the Laurence Olivier Award.

Her most recent projects include her run as Fantine in the Broadway adaptation of Les Miserables staged in New York in March 2007. She is also slated to portray the title role in the Asian tour of Rodgers and Hammerstein's Cinderella.

When asked about the secret to her longevity in the Philippine entertainment industry, Lea replied, "You have to have a deep and sincere love for this business with all the things that come with it. There has to really be a love, a love that's so great that you will never say at any point, ‘I hate this! I want to quit! It's too much for me! I can't take this anymore!' Those words are never coming out of my mouth."

For more information about Lea's 30th anniversary concert, log on to www.mylifeonstage.com or text LEA and send to 7878. To purchase tickets, call TicketWorld at 891-9999 or visit www.ticketworld.com.ph.

As a special treat for those who will purchase VIP tickets, they will have the privilege to meet and greet Lea after the show at the PICC Forum 1 for cocktails. They will also be given a giveaway bag containing an autographed concert poster, a limited edition DVD of the making of LEA, My Life...On Stage, the May issue of People Asia magazine, as well as gift cheques and other surprise gifts from Enfakid.