by Jocelyn Dimaculangan Joseph Dayrit
May 7, 2008 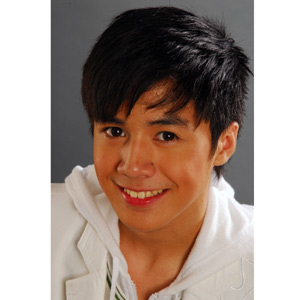 Fifteen-year-old pop star and theater actor Sam Concepcion will collaborate with Dreamworks and United International Pictures (UIP) to sing the theme song of their newest animated comedy, Kung Fu Panda. This makes Sam the first Filipino to work with Dreamworks for this project.

Oliver Oliveros, Senior Public Relations Officer/Consultant of STAGES, explained: "Sam Concepcion has been chosen to sing the theme song 'Kung Fu Fighting' for the Philippine release of the Dreamworks-United International Pictures' Kung Fu Panda. It will be screened in the Philippines this June.

"They had several artists in mind before, tapos si Sam ang nakakuha ng part. For the region, iba-ibang artists ang kakanta ng 'Kung Fu Fighting,' which was originally released in 1974. Sam was asked to audition to make sure that Sam fits the role. His song will be used for the promo here in the Philippines."

Kung Fu Panda is about Po the Panda (voiced by comedian Jack Black), a waiter in a noodle restaurant who is a kung-fu fanatic. The panda is considered as the laziest animal in ancient China's Valley of Peace. But through a sudden twist of fate, he is named as the "Chosen One" who must battle evil warrior Tai Lung (voiced by Ian McShane) who escapes from prison and threatens the pandas' way of life.