Vanessa Carlton promotes her album "Heroes and Thieves" in Manila 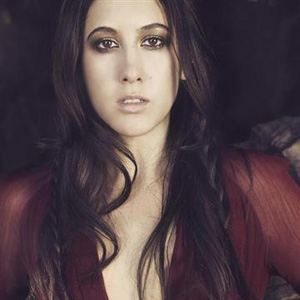 Singer-songwriter Vanessa Carlton performed in Manila for three consecutive days as part of her tour to promote her third and latest album Heroes and Thieves.

Vanessa Carlton jumpstarted her three-day Manila mall tour at the Cinema 7 of the TriNoma Mall in Quezon City. Last May 9, the American singer-songwriter performed before an enthusiastic audience made up mostly of young teenagers.

It was initially announced that the show would be held at the TriNoma Park but the organizers decided to use one of the theaters instead, making the event even more intimate. The venue was changed because the organizers feared that the rain would disrupt the singer's performance. Even Vanessa found the venue interesting as it was her first time to play inside a movie house, prompting her to remark good-naturedly, "I feel like you guys should be eating popcorn."

SOULFUL AND MOVING. "You're so warm and peaceful," the Grammy-nominated artist complimented the Filipinos as she poised herself at the grand piano. Vanessa's Manila visit was to promote her third album titled Heroes and Thieves under The Inc./Universal Motown. This 11-track album is distributed locally by MCA Music. But more than just promoting the album, it was also a great way for the young performer to meet her Pinoy fans.

It wasn't all about Heroes and Thieves since the 27-year-old Pennsylvania native did her best to dish out new and familiar tunes. "Ordinary Day," a song included in her smash debut album titled Be Not Nobody got the hardcore fans excited the moment she uttered the song's first few lines.

A shy performer who would rather let her music do the talking, Vanessa eventually let her hair down after a few numbers. She candidly mentioned how her mother felt disturbed the minute she saw the title of a new song she was crafting back then. That song is called "Hands on Me" which is part of her album Heroes and Thieves.

Vanessa proceeded to perform the controversial song "White Houses." Released as a single in late 2004, the song was banned by MTV allegedly because it refers to sexual intercourse. The singer-songwriter fired back, accusing the giant network of hypocrisy by arguing that most videos shown nowadays feature ladies clad only in their underwear. Despite MTV's strong resistance, critics hailed the song as one of Vanessa's strongest compositions.

Three more songs "My Best," the moving "The One" and "Who's to Say," a song about forbidden love, showcased the singer's versatility and honesty in songwriting.

PLAYING THE HITS. Taking her hands off the piano this time, Vanessa carried on with "Pretty Baby." Described as a "sweet tune" she wrote years ago, Vanessa's voice sounded fantastic in the company of an acoustic guitar, violin and a cello—giving the tune more soul.

The evening, of course, would not be complete without Vanessa's most beloved song. "A Thousand Miles" needs no introduction as the intro itself elicited wild cheers from fans and casual listeners alike. Released in 2002, "A Thousand Miles" literally launched Vanessa's name to the top of the Billboard charts and allowed her to be nominated in the Grammy Awards.

After one more song, Vanessa capped her first Manila performance amid the cheers from the audience. The singer repeatedly said that somehow and for some reason, Manila feels like home. That statement alone made everyone inside the venue smile and hope that Vanessa Carlton makes her way back home someday.