REVIEW: KC Concepcion’s album "aka Cassandra" will be a hit! 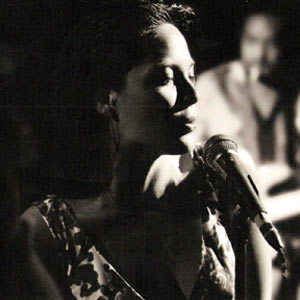 KC Concepcion is all set to conquer the music scene. Her album aka Cassandra, released by Sony BMG Entertainment,had its press and media launch last last Tuesday, June 3.

We all know that KC Concepcion can sing.

I heard her sing "Wind Beneath My Wings" with the Megastar during Sharon Cuneta's birthday concert—a touching and charming duet. TV viewers listened to KC on those few times she appeared on Sharon, her mom's talk show. Long before these appearances, theater audiences watched KC perform in Little Mermaid as Princess Sapphire, back in 2000.

Now that she has launched her debut album aka Cassandra, there's a serious question: Is her singing talent enough to top the charts?

LISTENING TO CASSANDRA. There are 11 cuts—five are original pieces, five are revivals, one is an adaptation.

She was given a free hand as well by Sony BMG Entertainment in choosing the songs. That became evident in her album—it's so KC!

The album brings out the fun-loving person that she is, her advocacies in life, her love for African music, and her free spirit. It's her personal touch that gives the album character. Another thing about her music selection, people from all walks of life are likely to appreciate it—the sosyal, the masa, the bagets, the mas bagets, the inlab, the heartbroken.

Aka Cassandra has that "old meets new" feel; a fusion of various pop genres—alternative rock, bossa nova, reggae, techno, and a tinge of rock and even ethnic! There's variety, depth, and vividness. If that's not good enough, I don't know what is.

KC said, "It is an album you can bring anywhere and listen to without stressing it out. It's some sort of 'music for travel,' to keep you company while you're driving."

The description of our fast-rising star is very apt. It's relaxing. The jolly and the depressed will enjoy the light and easy "Ngiti Lang" and the breezy "Doo Be Doo," a South African song translated by Joey de Leon. The brokenhearted will say, "My thoughts exactly," when they listen to "Imposible."

Revivals "Melt With you," "Umbrella," "Imagine," "It Must Have Been Love," boast wonderful arrangements. Her interpretation of each song truly deviates from the original, making it uniquely her own.

THE SINGER IN KC. Most press people said, her voice is "parang si Sharon."

KC said, however, that she has her own style, and as much as possible, she doesn't want to be compared with her mom. "She's the best," remarked the Kapamilya star during the launch of her album.

She's also right, although she still sounds a bit like mom, especially in the Tagalog tracks. But KC's yodeling is definitely her own mark. Another interesting thing to note is the way she manifests her emotions in the songs—she giggles, she smiles, she reacts to the lyrics. Some find it cute, others say it's quite "over."

An editor comments, "Parang Michelle Branch." There are also portions which make me think I'm hearing Vienna Teng, a Taiwanese-American pianist-singer-songwriter based in New York.

In terms of vocal quality, her voice is clear but the range is not pang-birit. She sounds so soothing, she can lull you to sleep. Her diction, both in English and Filipino, is unusually good.

We all know KC can sing. And after listening to aka Cassandra, there's no doubt about it!