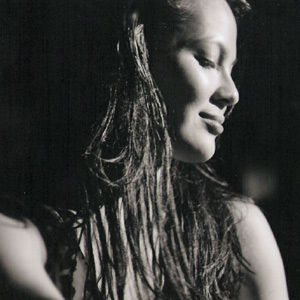 
Even with a hectic schedule filled with numerous showbiz commitments, actress and commercial model KC Concepcion managed to squeeze in recording time for her debut album titled a.k.a. Cassandra.

For two months, KC and her creative team worked fastidiously inside the studio—arranging the songs, rehearsing and laying everything down on tape—just in time to beat their deadline.

But what made the entire experience admirable was how KC immersed herself in the whole tedious process despite the fact that she would report to the studio feeling tired and sleep-deprived.

Like a true student and a passionate artist combined, KC made the recording studio a playground, a classroom, and even a sanctuary.

It is quite endearing to know that KC, like most of us, feels conscious singing in front of a crowd. The studio's intimate atmosphere only compounded that feeling of anxiety.

PERSONAL TOUCH. For her debut album, a.k.a. Cassandra, KC made sure that she was involved in all the details.

All of the songs were handpicked by KC. To keep everything fresh, the young singer together with her team re-arranged the songs, like the ‘80s modern hit "Melt With You" and the Depeche Mode pleaser, "I Just Can't Get Enough."

"I'm more laidback when it comes to music," KC described her personal musical preference. That fondness was reflected in the album's stripped- down approach except perhaps for the rocking "Imposible."

Given KC's involvement with various charities, it is only fitting that she renders John Lennon's classic "Imagine."

Working with the revered Sammy Asuncion of Pinikpikan fame and former Rizal Underground and now composer-arranger Angelo Villegas was also a great joy, according to KC.

One interesting track in the album is "Doo Be Doo," a South African hit. "It's a very happy song," explained KC, "that was written in English and we had it translated in Tagalog and they came up with a brilliant idea of having Mr. Joey de Leon translate it for us."

Although she could have recorded "Doo Be Doo" in its original form, KC opted to deliver it in the vernacular without changing its beat, explaining, "Sayang naman kung hindi ma-translate sa Tagalog mas maraming makaka-appreciate nun dito."

She also veered away from using her now very famous screen name as an album title.

"A lot of people know that my name is Kristina and they call me Kristina in Paris. They don't know me as KC there but Cassandra," she shared. "I love the name Cassandra and not a lot of people call me that. So, since it has to be a self-titled album, I used Cassandra instead of KC Concepcion."