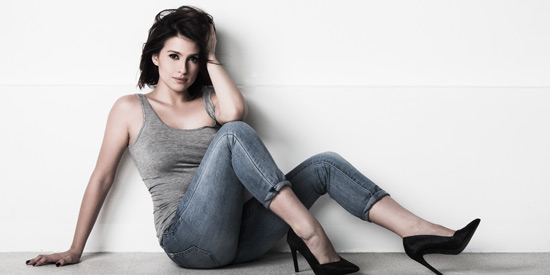 Tippy Dos Santos’ major music debut is about to happen as Universal Records recently announced the release of the singer-actress’ self-titled album.

“When I first heard the demo, I fell in love with it right away. I guess the excitement also came from the fact that I could relate to the message of the song,” Tippy said. “For me, the song about going through a tough breakup--when your heart is so broken and you're still very much in love with the person, pero para sa kanya, wala lang,” Tippy continued pertaining to her kick-off single written by DJ Andre Torre.

Tippy’s new offering has solidified her debut into the music scene as the album showcases more of her musical versatility in seven pop tracks produced by Universal Records’ Ito Rapadas.

“It's a dream that's finally coming into a reality. I grew up with music all my life, being in the recording studio often, but never really for a record that is mine,” admitted Tippy. “I have done collaborations, but once I started recording for my own, I couldn't help but feel such happiness in my heart. I’m grateful that Universal Records believed what I could do as a singer.”

The multi-talented artist, now 21, was first seen on her starring role opposite Sam Concepcion in the movie musical I Do Bidoo Bidoo while her musical theater accolades also include appearances on Seussical, Beauty and the Beast, Children’s Letters to God, The Little Mermaid, Peter Pan, and Grease.

As to her singing stint, Tippy’s singing prowess was also recognized when the infectious pop song “Dati” composed by songwriting duo Thyro Alfaro and Yumi Lacsamana won the grand prize at the Philpop 2013 alongside with fellow interpreters Sam Concepcion and Quest. Aside from her singing and acting career, Tippy is also a MYX VJ since February 2015.

In order to watch the music video of “Parang Wala Lang”, you may visit the official music video (https://www.youtube.com/watch?v=kkN-KfXAsZU) on YouTube. Additionally, the song is now available for download on iTunes, Amazon & Spinnr and song preview on Deezer.

Tippy Dos Santos’ self-titled debut album under Universal Records will be available on October 9, 2015 at all leading record bars nationwide.