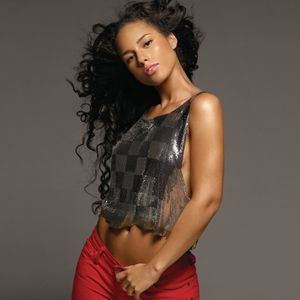 Get the chance to see Alicia Keys personally when she performs live on August 5 at the SM Mall of Asia Complex.


MTV Philippines and Music Management International are bringing back eleven-time Grammy Award winner Alicia Keys live in Manila! Expect an edgier and sexier Alicia Keys to entice her thousands of fans with a live performance at the SM Mall of Asia Complex on August 5 (Tuesday). Everything is surely sweeter the second time around, so expect her smooth powerful voice and uninhibited lyrics to give you another amazing musical experience that only Alicia Keys can give.

American R&B singer-film actress Alicia Keys has gained the respect of millions of music lovers all over the world with her own original compositions. Her works are expressed through skillfully weaved melodies, her eager pounding on the piano keys and her soulful voice that altogether creates a musical journey that no one can ever experience with any other musicians.


Alicia Keys has indeed given us remarkable albums with a blend of soul, jazz, hip-hop, rap, funk, and groovy sounds. That's why it's no surprise that she has sold over 25 million albums worldwide as of 2007, and has received numerous awards including 11 Grammy Awards, 11 Billboard Music Awards, 3 American Music Awards and 14 NAACP Image Awards.

At the age of seven, Alicia J. Augello-Cook was already playing the piano, learning classical pieces such as Beethoven, Mozart and Chopin. This is the reason why she chose Keys to be her stage name as she had always felt the name represented her both as a performer and as a person.

Alicia Keys got us hooked with her first studio album Songs in A Minor, which sold over ten million copies worldwide. That established Keys' popularity both inside and outside U.S. where she also became the best selling new artist of 2001. The album gave us her first chart topping single "Fallin" and "A Woman's Worth," which led her to win 5 Grammy Awards.

Keys soon followed her debut album with The Diary of Alicia Keys, which sold over 618,000 copies worldwide in a span of one week, making The Diary the sixth biggest-selling album by a female artist and second biggest selling album by a female R&B artist. The album gave us the huge hits "If I Ain't Got You" and "You Don't Know my Name" that earned for her 4 Grammy Awards.

Alicia Keys did it again last year, as she presented us her third studio album As I Am. Her lead single "No One" was an instant hit, and earned her the "Best Female R&B Vocal Performance" and "Best R&B Song" at the Grammy Awards this year.

Watch out for her powerful performance on August 5, 2008 at the SM Mall of Asia Complex. If you missed it before, now is your chance to watch Alicia Keys in person. To reserve tickets, call TicketWorld at 891-9999. For more information, tune in to MTV Philippines on Channel 57 on Sky Cable (or ask your cable operator for channel designation). For sponsorship inquiries, call MTV Philippines at 706-1580.