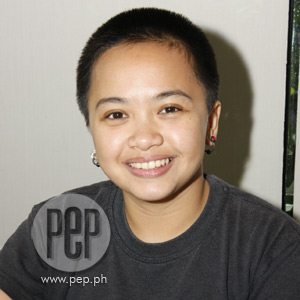 
According to Star Records, Aiza Seguerra's album Para Lang Sa ‘Yo: Songs Inspired by Ysabella is already approaching the platinum mark. As soon as album sales reach 25,000 units, Aiza will receive a Platinum Award, reinforcing her decision to concentrate on her singing career rather than her acting career.

Aiza recalls that this album was created at a time when she was juggling several projects at the same time. She was part of the Judy Ann Santos soap opera Ysabella, she was recording her first album under Star Records, and she was rehearsing for the comedy musical Avenue Q. But looking back, it was all worth it because her 10-track album Para Lang Sa ‘Yo has enabled Aiza to revive her singing career after being identified with the huge hit "Pagdating ng Panahon." Her debut album from Vicor, named after the hit composition, allowed Aiza to receive five Platinum Awards.

In fact, this same song was performed by Aiza when she recently performed in Korea for the benefit of the Filipino community. Aside from "Pagdating ng Panahon," Aiza also performed "Ipagpatawad Mo."

OPEN ARMS. Earlier this year, Aiza received a pleasant surprise when a Singaporean company called S2S Productions expressed their desire to produce an album for her that will have an Asian release.


The songs included in Aiza's tenth album (and her first international album) are "Open Arms," Vincent," "I Can't Make You Love Me," "Somewhere Over the Rainbow," "Smooth Operator," "At Last," "Time After Time," "Home," and "Journey."

S2S Productions released the album today, June 17, but Open Arms will be available here in the Philippines by July.


S2S Productions invited Aiza to perform for the benefit of the retailers and distributors in Singapore. How different is it performing in front of an international audience?


She recalls that she was supposed to sing only three songs but then they requested for more so she ended up performing five songs for the audience.


Aiza is unsure when she will be leaving for Singapore to promote Open Arms, her first international album, but she is definitely leaving on October 25 to perform in the play Avenue Q in the Esplanade Theater from October 31 to November 16. Aiza portrays the role of Gary Coleman in the comedy musical produced by Atlantis Productions.
Read Next
Read More Stories About
Aiza Seguerra, album, Ysabella, music
Post a Comment
Featured
Latest Stories
Trending in Summit Media Network