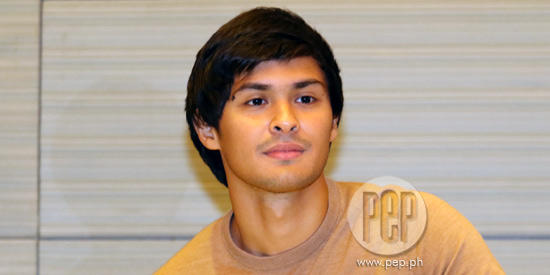 It has always been a dream for Matteo Guidicelli to do a solo concert.

He's very excited to fulfill this dream on November 28 through his first solo concert, MG1, at the Music Museum.

When asked what he would be offering to concertgoers, Matteo said with a smile, “Exciting ang show kasi maraming mga kanta sa album ko at iba't ibang covers. Basically, all songs from my heart—how I'm feeling, how I want to conquer love.”

In time for the concert, Matteo will also release his first music album under Star Music.

Since his girlfriend is ABS-CBN's Popstar Princess, Matteo was asked if he has a song in the album dedicated to Sarah Geronimo.

When asked to name one, Matteo picked his carrier single “Ipapadama na Lang.”

He explained, “Basically, 'yong song, especially the music video, the concept is the things I've done for the person I love and the things that I will do for that person.

Got the whole bridge to ourselves! Yes we did, we stopped the traffic on the bridge. Thank you to the City of Cebu for giving us full support!! @adrepublika @tinycorpuz #IpapadamaNaLangMVshoot #Cebu @starmusicph

DUET WITH REGINE VELASQUEZ. Matteo also revealed that he did a special duet with Regine Velasquez for the song “Sa Kanya,” which was originally sung by Ogie Alcasid.

“Parang di totoo,” Matteo said with a laugh as he described the experience of performing with Asia's Songbird.

Then, he narrated how his duet with Regine happened.

“When we were making the concept for the album, it was Sir Louie Ocampo and Jojie Dingcong who said, 'Why don't we get guest artists?'

Matteo did not have a chance to record the song with Regine personally.

“I just did the best that I could. I just did what I could with the guidance of my producer.”

Did he get advice from his girlfriend Sarah?