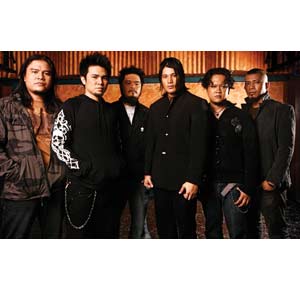 Cueshé, the featured artist for PEP ID this month, will hold a meet-and-greet session with two lucky PEPsters on August 1 at Robinsons Metro East. Get a chance to take home an autographed copy of their newest album titled Driven. Details below.


Creating something different is hard but reinventing what has already been established is harder. The band members of Cueshé strive to beat themselves at their own accomplishments and exceed their fans' expectations. They work hard, constantly pushing themselves to improve their craft and come up with a piece that would define them as serious artists. In short, they're driven.

Cueshé is all geared up with the release of their newest album titled Driven, which will be formally launched this August 1, 5 pm, at the Activity Area of Robinsons Metro East. The event will also be marked as the band's Grand Fans Day and Cueshéans can expect loads of fun, games, and surprises.

"It is a totally new release and the people will definitely love what we've done with it, a more mature attitude was seriously incorporated in it but we made sure that the fans will not be alienated," Manaloto said. "This time, we will make a better statement, we've grown a lot since then and our music can vouch for it."

The new songs in Driven are "There Was You," "Superstar," "Till'," "One," "Quicksand," "Babe," "Over You" and the carrier single "BMD." The band also included the Tagalog tracks "Minsan," "Alaala," and "Please Naman."

All shows start at 4 pm. A meet and greet and autograph signing session for album buyers follows.

Driven is now out in CDs at your favorite record stores for only P285 under Sony BMG Music Entertainment.

PEP PROMO. In cooperation with Sony BMG, PEP offers a chance for two PEPsters to have an exclusive meet-and-greet session with Cueshé. The lucky winners will be given backstage passes so they can talk with the six band members and be able to take home a signed CD and poster.


PEPsters are invited to take part in this event scheduled on August 1 at Robinsons Metro East. For join this PEP promo, visit this link: