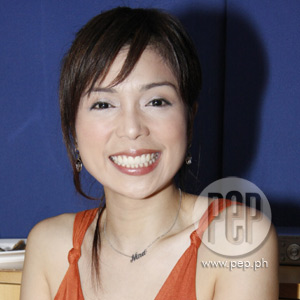 After doing a cover of Diane Warren's "I Don't Want to Be Your Friend" in 2004, Nina goes full-blast in showing her love for the Grammy Award-winning songwriter with the release of her latest album under Warner Music Philippines dubbed as Nina Sings the Hits of Diane Warren.


Recording Diane Warren's "I Don't Want to Be Your Friend" back in 2004 left Nina craving for more.

Born in Van Nuys, California, Diane authored more than a hundred songs, most of them becoming massive hits such as "Because You Loved Me," "Un-Break My Heart," "How Do I Live," "For You I Will," "I Don't Want to Miss a Thing," "Blame It on the Rain," "When I See You Smile," "By the Time This Night Is Over," "I'll Never Get Over You," "Saving Forever For You," "I Could Not Ask For More," "I Love You, Goodbye," "If You Asked Me To," "Blue Eyes Blue," among many others.

A genuine fan of the prolific American songsmith, the Soul Siren wanted to do a record consisting of some of Diane's most loved tunes. Diane has heard Nina's interpretation of "I Don't Want to Be Your Friend" and was reportedly impressed. When she learned of her young fan's desire to record her songs, Diane willingly agreed and gave her blessing.

In a special dedication she wrote for Nina, Diane wrote: "A few years ago Nina cut ‘I Don't Want to Be Your Friend,' one of my favorite songs. I am very happy that she is now coming out with an entire album filled with the songs that I'm proud of. Hopefully, this is just the beginning of a lot of hits together."

The message was printed in full in the inlay of the Soul Siren's latest album titled Nina Sings the Hits of Diane Warren.

SELECTION PROCESS. Choosing the songs to be included in the album was not easy given the wealth of hit materials written by Diane.

Dubbed as the Queen of Ballad, Diane's compositions possessed universal appeal brought by its love themes. It is therefore easy to understand why Filipinos could easily relate to the songs, including Nina herself.

Nina and her team re-arranged the songs to give a slightly different feel. The changes though were not drastic so as not to ruin the original mood as envisioned by its author.

The album's carrier single is "I Could Not Ask For More"—a song originally popularized by American alternative artist Edwin McCain back in 1999. The said song is also Nina's favorite track in the entire record as it explains her current state, professionally and romantically speaking.

"I you are in a situation where you're happy, of course you could not ask for more. And if there's a person who could make you smile, just feel blessed that this person could turn around a sad moment into happy moment."

With the release of the album and with Diane Warren expressing her support, Nina is keeping her fingers crossed that another one of her wishes would come true for the next album.

3. Love Will Lead You Back

4. Because You Loved Me

8. I'll Never Get Over You (Getting Over Me)

12. Saving Forever For You