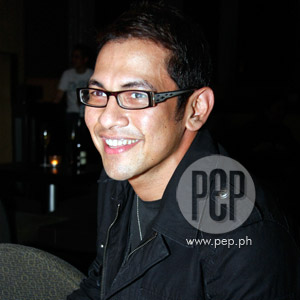 Star Records pays tribute to the music of Gary Valenciano through a tribute album graced by 25 of today's hottest singers and performers. The double-disc album called GV 25 (A Gary Valenciano All-Star Tribute Collection) coincides with Gary's 25th anniversary in the entertainment industry.


It seems like turning 44 has inspired Gary Valenciano even more. Marking his 25th year in the entertainment industry, the man dubbed as Mr. Pure Energy recently came back from Korea where he participated in the Jindo C+ Music Festival. Organized by Christian churches in Jindo island, Gary shared the stage with performers from Belarus (Russia) and Kenya.

"It was a Christian music festival. The first na maraming artists from other parts of the world. Ako ‘yong nag-represent ng Philippines. May dumating galing Belarus, formerly a part of Russia and meron ding taga Kenya na dumating," shared Gary to PEP (Philippine Entertainment Portal) in an interview last August 6 at the Conway's Bar of the Shangri-La Hotel in Makati City.

Gary excitedly narrated his experience playing in front of a predominantly Korean audience.

GREAT REWARD. As a token of appreciation for his indelible contribution in the field of local entertainment, Star Records gathered 25 of today's well-known singers in one record to pay homage to the songs popularized by Gary V.

The double-disc album called GV 25 (A Gary Valenciano All-Star Tribute Collection) will will be released on August 17 by Star Records.

Technically speaking, Gary is under the care of Universal Records. But given his good relationship with ABS-CBN, Star Records-ABS-CBN's recording company-proposed an idea to come up with a tribute album in time for Gary's 25th year anniversary in the business.

Despite the fact that he is aware of the project, Gary-when it comes to the details and amount of work put into the project-was completely oblivious about the preparations.

Some of the artists who were tapped to do the tribute album are Zsa Zsa Padilla, Erik Santos, Sharon Cuneta, Jed Madela, Kuh Ledesma, Christian Bautista, Martin Nievera, among others.

Gary's last studio album, Rebirth, is still out in the market so there are no immediate plans yet to cut a new record. "Pero I think in the next six months gagawa ulit kami ng bago," he smiled, the excitement in his voice very evident.

MAJOR CONCERT. Gary is set to mount a two-day major concert this coming November 14 and 15 at the Araneta Coliseum in line with his silver anniversary. The concert will be directed by Rowell Santiago.

"The preparations are ongoing right now," beamed Gary who would rather keep the details limited at this point.

He also confessed his plans to do other things that are not necessarily music related. "I think what people can expect is more acting jobs," he enthused.