Gabby Concepcion brings back songs of the 80s 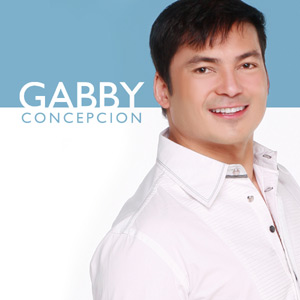 
Gabby Concepcion's comeback this year was as surprising as it was controversial. The famous ex-husband of Sharon Cuneta and father of KC Concepcion is not only aiming to conquer the acting arena but the music industry as well.


Though he was never known for being a singer during the 1980s, Gabby mustered enough confidence to record his self-titled debut album under Warner Music Philippines. The comebacking actor considers this opportunity as something totally unexpected.


However, he does not want anyone to think that he is using anybody to be recognized, especially in his newfound career path as a singer. Some may question his singing capabilities, but Gabby respects the opinions of others.

Among the songs included in his album, Gabby considers "Ako Pa Ba" and "Give Me a Chance" his favorites. "Kasi parang in a way, itong pagbalik ko, parang sinasabi mo yun. Maraming tao ang makakarelate dito. Kasi yung buhay ko pagbalik ko, it's a new life for me," he explains.

Gabby points out that he did not dedicate his songs to anyone in particular, they are all for the Filipino people, he says. The songs in his self-titled album were carefully chosen since this is his first record and he believes it should reflect him as an artist. Instead of picking songs of different genres such as jazz and contemporary songs, Gabby opted to revive the songs of the ‘80s. When asked why, he points out, "Kasi, nawala ako. Pagbalik ko, yun ang dala ko."

Aside from releasing an album, Gabby will be having a two-day concert at the Music Museum on August 15 and 16. Pops Fernandez and Ai-Ai delas Alas are just some of his special guests in the two-night concert. His leading lady in the ABS-CBN teleserye, Iisa Pa Lamang, Claudine Barreto will also be joining him on the second night of the concert.

Gabby Concepcion the album offers a roster of love songs that were popular during the ‘80s. Each track in the CD represents a memorable episode in Gabby's movie career and personal life. A catalog of re-interpretations of the hits popularized by his music idols: Rey Valera ("Kung Kailangan Mo Ako"), Joey Albert ("Iisa Pa Lamang"), the late Ric Sebretto ("Give Me A Chance"), the former Kilabot ng mga kolehiala, Hajji Alejandro ("Nakapagtataka"), James Ingram ("Just Once"), Wency Cornejo ("Hanggang"), Hotdog and VST Company ("Manila"/ "Awitin Mo, Isasayaw Ko" medley), Apo Hiking Society ("When I Met You"), Bryan Adams ("Please Forgive Me") and several others. One of these songs was done specially in a duet with Nina for a very personal reason.