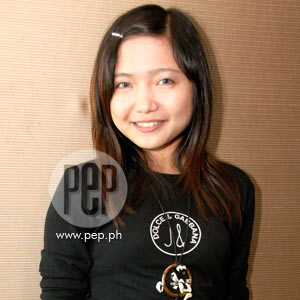 Charice returned to Oprah by special request of Oprah Winfrey herself. The whole show was dedicated to the young Filipino singer and at the end of the program, Oprah granted Charice's wish to sing with her idol, Celine Dion.

Big things come in small packages. Filipino singing sensation Charice Pempengco embodied that saying by proving herself in the music scene via YouTube—the same Internet website that caught the attention of American TV host Oprah Winfrey. Charice's singing talent won her more admirers when Oprah featured Charice on her show and after being introduced to music producer David Foster. The exposure sparked off a concert in Las Vegas with Josh Groban, Michael Bublé, and other music artists.

After Vegas, Charice got more exposure not only in the U.S. but in Europe as well through renowned classical singer Andrea Bocelli, who performed with Charice in Las Vegas. He invited her to perform with him in his hometown in Tuscany—an event attended by 8,000 people.

First stop was in Charice hometown in San Pedro, Laguna. Charice related one horrendous experience with her dad that nearly killed her mom, and how mother and daughter survived that ordeal.

"I'm very hurt because I was three years old and I can't help my mom that time," she began. He [Charice's father] came back, he was like so wild, he's shouting and he started to choke my mom. And my dad get his shotgun, and he was about to shoot my momand I can't do anything."

After that incident, Charice said that they left his father and never saw him since. "I don't want to see him," she added. "I'm singing now for my mom. I didn't help her before that's why I want to help her now."

At the age of seven, Charice got her first opportunity to perform before a crowd in a basketball court at Balibago, a village a few hours away from Manila. Charice, who once again got to visit the court, related to Oprah how she remembered people telling her that she wasn't good enough and pretty enough.

"You know, I just want to prove them wrong," Charice said.

SINGING TO PAY THE BILLS. Charice revealed that her mother discovered her singing talent when she was four years old.

"She thought that the radio was playing!" laughed Charice. "Celine Dion was singing, and when she entered the living room and she saw me singing, she was like, ‘Oh my gosh, she's singing!'"

On a serious note, Charice added that she joined over 80 singing contests just to provide for her family. "Even if the prizes are $50 or $10, it's big money for us," she said.

Before Charice's contribution, her mother had to work 16 hours a day at a garment factory just to make ends meet. But when the money began pouring in from those 80-plus singing contests, Charice, though slowly, began to help ease her her family's financial burden. Eventually, they were able move into a better house and somehow began to enjoy the basic necessities.

BIG SURPRISE. Charice showed her drawings that depicted her wishes, like performing or meeting with some of the great singers like Andrea Bochelli and Celine Dion. Of course, Charice had already achieved one of her dreams by singing with Bochelli.

Charice, who idolizes Celine Dion, finally got to meet the singing superstar through Oprah. Though only through satellite feed, Charice cried in surprise when Celine's face filled the giant screen. Charice was shaking as Celine greeted her.

"Hi Charice. I have to tell you that I'm speechless," Celine said. "I have heard you sing. I have seen a little of your life story and I am extremely ecstatic like the rest of the world who's watching right now.

"I can't tell you that we have lots of things in common and I also had a mother who is my strength. My passion I carry in my heart and so my beauty—and David Foster, you can't even think about finding somebody even better than that to bring the best out of you. You have more talent than most people. You can sing, you can speak and sing with your heart, you can play guitar...and you can have dreams because your life story is quite a painful one. Thank God your strength comes from your mother and your heart will go on."

PROPOSAL. Being greeted by Celine Dion herself was just half the surprise. Charice could hardly believe that Celine, who was set to perform in Madison Square Garden in New York next week, invited her personally to perform with her.

"I would love to do something very special with you," Celine began. "I would love to ask you to come to sing a duet with me... We can dedicate this song to your mother. So I hope you can travel to New York and meet with me."

Charice was speechless on hearing Celine's invitation. In the end, Charice could only utter, "Thank you."