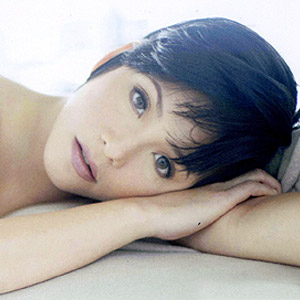 "Yung panahon din ngayon, people like to hear something that they are already familiar with. So, sa akin, okay lang din naman to give our audience what they want. Plus, I happen to like naman all the songs. It's an opportunity for me to do this also kasi these are the songs I used to listen to on the radio, and wishing that one day, I'll be able to have my own version. It has come true na," says Regine Velasquez about her all-revivals album under Universal Rec

Asia's Songbird Regine Velasquez faced the entertainment press, including PEP (Philippine Entertainment Portal), at the launching of her first album with Universal Records (UR) titled Low Key. The launch was held on the 9th floor of Universal Tower in Quezon Avenue last November 14.

Compared to her previous albums, Low Key has Regine singing mellow songs—all covers. Some of the tracks include Terri Gibbs's "Tell Me That You Love Me," Don McLean's "And I Love You So," Rita Cooldige's "I'd Rather Leave While I'm In love," Katie Irving's "I Never Dreamed Someone Like You Could Love Someone Like Me," Orsa Lia's "No Walls, No Ceilings, No Floors;" Cat Steven's "How Can I Tell You," Dennis Lambert's "Of All the Things," Dan Fogelberg's "Longer," Janis Japlin's "At Seventeen," Christopher Cross's "Never Be the Same," and the Beatles' "Strawberry Fields Forever."

Noticeably, Regine's rendition of the songs is more restrained, a far cry from the usual belting that she does in most of her albums.

"Yeah, that's why it's called Low Key, 'cause it's more relaxed, more laid-back," she agrees. "Hindi naman talagang pinigil, ‘no, but the songs are mellow din kasi, e. So, ang hirap namang magtititili ako na... It doesn't really call for it."

Who chose the tracks in the album?

"UR, of course, helped with the selection of the songs," says the Asia's Songbird. "Pero pinili ko talaga yung mga songs na I'm very familiar with. And most of these songs talaga are my favorites, the songs that you hear on the radio... Pag nag-iisip ka ng kantang favorite mo, parang kinakalimutan mo na. But when you hear it, you'll just say na parang, ‘Oo nga, alam ko ang kanta na ‘to.' And you sing along with it, di ba?"

PEP asked Regine why she decided to do an all-covers album again, like her last album with Viva Records, Covers 2.

"Yung panahon din ngayon, people like to hear something that they are already familiar with. So, sa akin, okay lang din naman to give our audience what they want. Plus, I happen to like naman all the songs. It's an opportunity for me to do this also kase these are the songs I used to listen to on the radio, and wishing that one day, I'll be able to have my own version. It has come true na.

Regine also reveals that she has songs in the album dedicated to her parents, Gerry and Tessie Velasquez. For her father, Regine recorded Dan Fogelberg's "Leader of the Band" while she picked Billy Joel's "She's Always A Woman To Me" for her mom.

What about a song for her special someone, Ogie Alcasid?

REGINE'S NEW LEADING MAN. Before the start of the presscon proper, the music video of "Tell Me That You Love Me," Regine's first single in Low Key, was shown. In the music video, Regine was paired with half-Brazilian, half-Japanese model Akihiro Sato, who is one of the Top 10 Cosmopolitan bachelors this year.

What can she say about her leading man?

"Ang cute-cute niya," Regine says with a smile. "He's such a nice ‘boy.' No, he's such a nice guy. I hope something happens to him. Gusto niyang mag-artista. Nag-aaral managalog. He's very handsome. And I really, really hope that something really good will happen to him. Kasi he's only 25, and I think he's got potential.

Regine also had some kissing scenes with Akihiro in their music video. Does Ogie knows about this?

MAJOR FIGHT WITH OGIE. Ogie mentioned in a separate interview that he and Regine had a major fight recently when he forgot about their fourth anniversary as a couple last November 11. Ogie was shooting scenes for the movie Desperadas 2 at the time. (CLICK here to read related story.)

Was she supposed to prepare anything, like cooking a meal for him?

Does she have any plan of doing a "Regine Sings Alcasid" album?

"I really would like to do that," she says. "Sharon [Cuneta] did it, and he was so honored. It would be nice if mabigyan din ako ng chance to sing his songs ‘cause he's got beautiful songs. And most of them are dedicated to me!"

What happened to the movie that she was supposed to do with Ogie?

REGINE, THE TV STAR. Before talking about her new primetime series, Regine first thanked the press and the people who supported Ako Si Kim Samsoon. The romantic-comedy series did very well at the ratings. In fact, its last episode even topped the ratings game.

In Ako Si Kim Samsoon, Regine played an overweight single woman in her late 30s who fell in love with a younger man (Mark Anthony Fernandez).

And now, GMA-7 has given her another soap, Totoy Bato, a TV remake of the Carlo J. Caparas novel. Totoy Bato was first made into a movie in 1977 and then a sequel followed in 1979, both starring Fernando Poe, Jr.

Regine will play the leading lady of Robin Padilla in Totoy Bato. This will be their third time to work together, but first time in a soap. They starred in the movies Kailangan Ko'y Ikaw (2000) and Till I Met You (2006).

Although Totoy Bato is primarily a dramatic series, Regine's role will still be on the comedy side.

Regine will play a singer in Totoy Bato, about which she says, "Parang mahirap nga kasi very... Parang I've never played a singer before. Parang it's so out of my character. So, it's challenging." Obviously, Regine is just joking.

Will regine also be doing action scenes in Totoy Bato, since Robin's past TV projects required all his leading ladies to do some stunts as well?

Mac Alejandre will direct Totoy Bato, which will start taping January next year.

DIVAS 4 DIVAS. On December 6, Regine will join Kuh Ledesma, Zsa Zsa Padilla, and Pops Fernandez in a major concert at the Araneta Coliusem. Billed as Divas 4 Divas, four of the top female singers in the country will perform together for the first time.

Who chose their repertoire?

"This has been Kuh's dream to do a concert like this. Matagal na namin ‘tong binabalak talaga. Hindi lang natutuloy dahil sa schedule namin."

Since the four of them are considered divas and the best in the music industry, who does Regine thinks will shine?

"Each of us, we have our strengths, e," she answers. "Like ako, I'm more of a balladeer. Si Kuh naman does soulful and ethnic songs, Zsa Zsa sings sultry songs, and Pops is good with dance music. So, maganda yung mix."

Regine says they will have no guests in the concert. She added, "Bawat isa will have one solo, but most of it will be production numbers or duet with ganito, trio, tapos quartet."

What about the billing?

"According to age!" she jokes. "Hindi, seniority: Kuh, Zsa Zsa, Pops, and me. Hindi na issue ‘yon. We just wanna have fun. We're beyond that."


UPDATE: Regine Velasquez's 15th studio album Low Key achieves Gold Award status with its sales of over 12,500 units in less than a week since the release of the album.