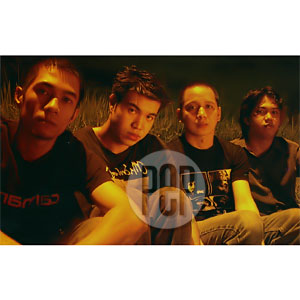 Formed in August 2003, the band Gish is composed of William "Popo" Pineda (vocals), Arvin Gannaban (bass), Jeff Castro (drums) and Xavier Mirabueno (lead guitar). Together, they make the kind of music that contains the right amount of insanity and maturity, prompting people to stand up and take notice.

This band is influenced heavily by British pop and alternative songs. In fact, the band got its name from one of the album titles of the alternative rock band Smashing Pumpkin, which had a strong influence on the group.

They usually cover songs from bands such as U2 ("Where the Streets have No Name" and "One"), Coldplay ("Yellow" and "In my Place"), as well as some songs from the Beatles and Radiohead. Being a true Pinoy band, they have their own originals, mostly written in Tagalog.

Currently, one of their originals "Ibubulong" is enjoying regular airplay in different radio stations in the country such as RX 93.1, NU 107.5 and 99.5 RT. The song "Ibubulong" is also used as the OST of the show Barkada Trip in Studio 23. Quite an impressive start for a fresh and up-and-coming band.

According to Gish's website, they possess the rawness of U2 and infuse it with the cool, melancholic sound of Coldplay. That's a good combination for a band trying to make a name for itself amid the popularity of other bands making no claims of such high proportions.

The music is great, but it would really help if they would play it in their own style, not like a mix of something people are already familiar with. The lyrics of the songs were nicely made. They would have sounded wonderful if it weren't for Popo Pineda's choice of pitch. I believe there are some songs on the track where the back-up singer was more audible than the vocalist (Listen to "Buong Linggo" if you're curious about it).

Overall, Gish is worth listening to...for a while. Unless they come up with a more unique blend of music, they'll be stuck in the scene with nothing more but a "whisper" of praise.