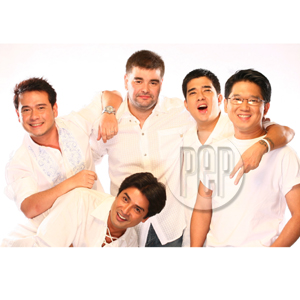 Premier balladeer Raymond Lauchengco brings back his Valentine concert Classic Romance 2: Walking On Sunshine at Teatrino, Greenhills, for the months of March and April to raise funds for the Bagets Foundation, among other beneficiaries.

The original cast members of Bagets, the quintessential ‘80s Pinoy youth flick, organized the foundation. "Our primary thrust is to put kids and young adults aged 12 to 21 through school, and hopefully place them in jobs when they graduate. It's our small way of giving back, now that we feel we've come full-circle and are in a better position to help others," explains Raymond.

The Bagets Foundation is composed of the stars of the original film as well as its sequel. The founding members—Raymond, William Martinez, Herbert Bautista, Eula Valdes, Jobelle Salvador, Yayo Aguila, Francis Magalona, Ramon Christopher, Cheska Iñigo, and Aga Muhlach—put up this foundation mainly to give scholarships to underprivileged children.

Classic Romance 2: Walking On Sunshine, The Bagets Foundation's fundraiser, features Raymond with an 8-piece band complete with live blowing and rhythm sections under musical director Vic Oria. The concert showcases musical genres that have a genuine affinity to Raymond—standards, OPM, Spanish love songs, and Broadway tunes. "This is the music I've grown to love through the years. The first time I sang standards in a live concert, I felt right at home—they speak of a gentler, more elegant era, when songs were simply romantic. In Broadway pieces one can find a whole romantic narrative," Raymond adds.

The additional performances also highlight the special sneak preview of Raymond's soon-to-be-released album of iconic ‘80s songs (such as "Just Got Lucky," "Together In Electric Dreams," "Walking on Sunshine") interpreted with a big band twist.