PEP REVIEW: Up Dharma Down surpasses expectations with "Bipolar" 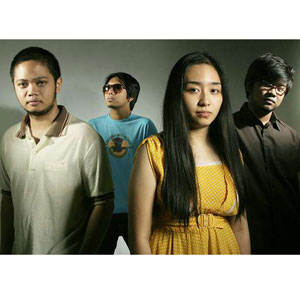 Bipolar is the second album of Up Dharma Down under independent label Terno Recordings. It contains the hits "Sana," "Taya," "Every First Second" and "Return, Saturn, Return." The band is composed of Carlos Tañada (lead guitars), Ean Mayor (drums and loops), Paul Yap (bass) and Armi Millare (keyboards and vocals).

Up Dharma Down is no stranger to the experimental genre.


In fact, the band members themselves—composed of Carlos Tañada (lead guitars), Ean Mayor (drums and loops), Paul Yap (bass) and Armi Millare (keyboards and vocals)—do not know the genre of music they play. Loyal fans suppose they combine several genres, you might as well tag them experimental.


It is not surprising, therefore, that their new music video for the new single "Sana" is as unclassifiable as their sound. Reminiscent of classic SNES adventures like Super Mario Brothers and Donkey Kong, or even Takeshi's Castle, the video is as weird and as strange as the feeling of your first kiss.


Of course, the song "Sana" contributed to the whole feel. Lead singer Armi, who also composed the piece, contributed her poignant vocals to the song, rendering it unforgettable. The song sounds so quiet and relaxing, you might want to put it on loop.


"Sana" is the second single from their album "Bipolar." Released by independent label Terno Recordings late last year, Bipolar is the follow-up to Up Dharma Down's highly-acclaimed 2006 album Fragmented.


The 14 tracks in "Bipolar" come in varying genres and lengths. There's the haunting 33-second organ piece "Delayed Breathing." There's the two-minute instrumental piece "Return, Saturn, Return," that incoporates the sounds of the electric guitar and the drums to what sounds like a beautiful kulintang piece. "Sugarcoats and Heartbeats," on the other hand, is a combination of two mellow songs in one.


Other notable songs in the album are "Clockwork," "Unspoken Definites," "The Cold is Warmth," "Silid," and the first single "Every First Second."


But what could match Up Dharma Down's first breakaway hit "Oo" three years ago may be the catchy song "Taya." The intelligent lyrics and the ear-friendly melody echo throughout the song, and they are apt to hook even the most casual listener.


With Bipolar, Up Dharma Down truly does not disappoint.