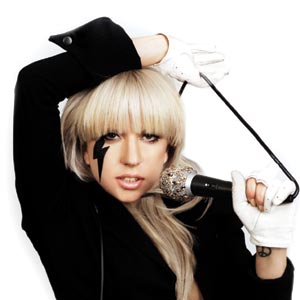 
Stefani Joanne Angelina Germanotta, better known in the entertainment world as Lady Gaga, is the person behind the hit songs "Just Dance" and "Poker Face." Before coming out with her debut album The Fame, Lady Gaga first penned music for established artists like Britney Spears, The Pussycat Dolls, and Akon. It was Akon who observed and recognized that Lady Gaga had vocal talent so he signed her up on a joint record deal with his own label Kon Live Distribution. She then started working on The Fame and released a collective called Haus of Gaga in 2008.

In an interview with Ricky Lo aired on Startalk last Saturday, June 28, Lady Gaga shares some of the details that have led her to where she is now and the people that inspired her to be the lady we see now.

FASHION INSPIRATION. Gaga's musical talent definitely matches her fashion sense-provocative and entertaining. Where or from whom exactly did she inherit her sense of style?

With that, Lady Gaga recalled how she would sit on the toilet seat while she did her mom's lipstick and fixed her hair. Years after, at 18, Lady Gaga moved to downtown New York, allowing her to further explore the fashion world.

"New York is very, very stylish," she added, "and the street fashion is a way of life."

Lady Gaga's funky look is just half the cake as her performances on stage seem to make a lot of people think that she is an exhibitionist. Does she think that this word best describes the young singer?

Now that she is famous, how does she cope?

"I'm very, very grateful for my success and I suppose it would be very way too early to be jaded. I'm having a great time. You know, it's an amazing thing—I travel the world and meet all my fans who are so beautiful and incredible and I am so inspired that I'm just designing and finding new music."

The fashionable artist cited the late Michael Jackson as her musical influence, including glam rockers like David Bowie and Queen. Aside from them, are there any more people who inspired her?

"Andy Warhol and my mother," she said. "I have a very wonderful family. The truth is that I believe in the power of love, and art, and music. I also believe that in pop music—what is special about it is that people anywhere in the world, no matter how much money they have or where they live, when a pop song comes on, it takes you over and spreads joy."

On a more offbeat note, Lady Gaga shared that off cam, she is just her normal self: Self assured, strong willed and constantly creative. Smiling, she also noted that she liked pampering herself with good-looking guys since she "liked to keep her options open."


Lady Gaga will be performing live at the Araneta Coliseum on August 11, 2009. Tickets to Lady Gaga Live in Manila! are available at TicketNet outlets (Tel. No. 911-5555).


Tickets are priced as follows: