Luke Mejares remembers The King of Pop on July 31 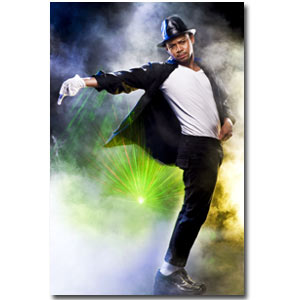 Local R&B singer Luke Mejares will stage a tribute concert to The King of Pop, Michael Jackson, on July 31 at the Music Museum in Greenhills, San Juan.

It was April of last year when Luke Mejares staged a successful one-night concert at the Music Museum in San Juan, Greenhills featuring the music of international pop icon, Michael Jackson.

The concert titled, Luke... It's Michael Jackson!, was designed for Luke to incorporate Jackson's signature pop to his own brand of R&B music.

"The songs in Luke ... it's Michael Jackson! will be a soothing mixture of R&B and pop, which is how I really wanted to define my musicality in the first place. So in this concert, I chose to sing the pop hits of Michael Jackson that I will merge with my own R&B style," explained Luke days before the 2008 show.

TRIBUTE CONCERT. June 25, 2009 will undoubtedly be remembered as one of the saddest days in the world of music as it marked the death of Michael Jackson, who at the time of his passing was about to make a late career comeback to reclaim his rightful place as The King of Pop.

Jackson's untimely demise instantly ushered in tributes all around the globe. For local R&B artist, Luke Mejares, the passing of his idol encouraged him to celebrate anew Michael's inspiring life through a special concert on July 31 billed as Michael Jackson The Tribute Featuring Luke Mejares.

Though the show was designed to honor Michael in the wake of his unexpected demise, Luke said that the concert aims to be a joyous reminder of Jackson's huge contribution to the world of music.

As a singer-performer, Luke has made no secret of MJ's lasting influence when it comes to his music. Luke's flexible vocal style ranging from falsetto to pure soul undoubtedly makes him one of the few local artists worthy enough to give justice to any Michael Jackson number.

Participating in the special concert are Thor, The Manouevres and the Sabado Boys composed of Paolo Santos, Top Suzara, Jimmy Bondoc, Mike Chan and DJ Myke.