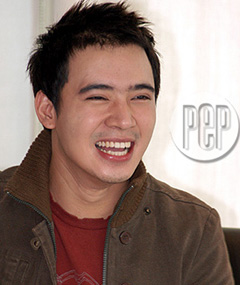 Balladeer Erik Santos unveils his latest album—a compilation of 90s band hit covers.
CALLING it an album he dreamed of doing even before he became a professional singer, Erik Santos launched Your Love—a collection of the "Prince of Pop's" favorite hit band songs from the 1990s.

This new offering from Erik features songs he personally handpicked—tunes he had hummed and sang as a teenager from Malabon.

Star Records allowed Erik to decide the concept, track list, and packaging of the album. “I was the one who chose the idea…na itong idea na ito maganda…from the album concept…hanggang sa pictorial…hanggang sa packaging and everything…I had a say,” Erik stressed. He added it was the first time Star Records, ABS-CBN’s music recording arm, gave him the privilege.

“Sobra ang tiwala namin kay Erik and we’ve been proud to have him in our family,” the record label’s managing director, Annabelle Regalado, said.

There were no problems in securing permissions from the songwriters and publishers of the songs. “We’re sure na legal ang lahat ang nilalabas namin na album,” Erik said.

Star Records remained confident that Erik would reach new heights with the album. “Erik’s track record as a hit maker was evident from the time he recorded his first album with us. We have no doubt that he will do the same with this one,” Regalado said.

The album is Erik’s fourth since he signed with Star Records after winning the ABS-CBN talent search Star in a Million in 2003.