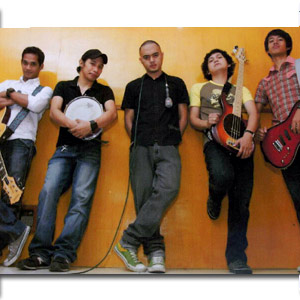 Gaining entry in a highly competitive music industry is one gargantuan task for any fledgling band. But gaining second crack at the business could prove to even more daunting.

Independent pop-rock band Syato starts all over again with the release of its new album titled, Sticking By, distributed by Candid Records. The band's eponymous debut album was released way back in 2005 under a different label. Unfortunately, personnel changes coupled with other factors stalled the band's burgeoning mainstream career.

Starting from scratch, Syato once again took the long and hard road to regain the respect of their peers and the discriminating rock audience.

SECOND CHANCE. Through constant practice, playing live and with new materials coming out from the band's creative pipes, Syato entered the studio to record what would be their comeback album.

Sticking By's debut single, "Tibo," is currently enjoying airplay both in radio and music channels across the country. Yugel reportedly penned the song after Mark egged him one evening to write something about pretty lesbians.

All of the songs included in the record offer interesting stories intertwined with catchy melodic tunes. One example is the album's opening track "Jeddah Queen"—a retelling of an urban legend involving a Filipina woman videotaped while having sex with a foreigner (who is NOT her husband). The scandal—set in Jeddah, Saudi Arabia during the '80s—became knwon publicly when the Filipino husband witnessed the tape during a drinking spree with friends.