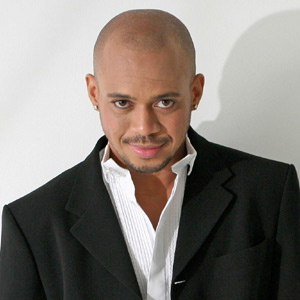 Luke Mejares will salute the life and music of Michael Jackson this Friday, July 31, 2009 at the Music Museum in Greenhills, San Juan.Click HERE to buy show tickets.

How do you pay tribute to the legacy left behind by one of the world's phenomenal pop icons of all time? Let local R&B sensation Luke Mejares count the ways as he salutes the life and music of Michael Jackson this Friday, July 31, 2009 at the Music Museum in Greenhills, San Juan.

A true and devoted fan of the man dubbed as The King of Pop, Luke staged a successful concert in 2008 billed as Luke... It's Michael Jackson. Held at the Music Museum, he dished out MJ's hits one after the other much to the delight of the audience who witnessed the spectacle.

The recent passing of Jackson caused by cardiac arrest at the age of 50 prompted Luke to once again dedicate a special evening to honor the fallen pop legend.

Unlike last year's show where Luke assumed MJ's persona by incorporating the icon's signature pop music to his own brand of R&B, this event promises to be more intense and heartfelt as Luke pays homage to Jackson's music and enduring legacy.

Luke's flexible vocal style ranging from falsetto to pure soul undoubtedly makes him one of the few local artists worthy enough to give justice to any Michael Jackson number. As a singer-performer, Luke has always been very vocal in expressing MJ's influence in his overall approach when it comes to his craft.

Though the show was designed to honor Michael in the wake of his unexpected demise, Luke said that the concert aims to be a joyous reminder of Jackson's huge contribution in the world of music. Luke also cited the inspiration Michael brought in revolutionizing the entertainment industry by encouraging the business to recognize talent instead of racial issues and other non-related factors—a constant problem still being encountered even by our own local singers and performers.

As for the lineup of songs, Luke played coy and opted not to spoil the surprise intended for the concert goers: "It will be fun and full of surprises. Different from the one I did last year and definitely more meaningful owing to the circumstances that led to this event."