Gretchen Espina lives the Idol dream with Shining Through 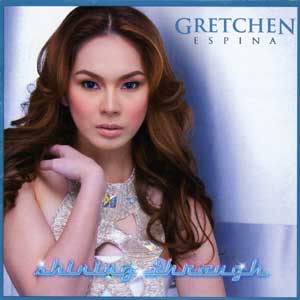 At 21 years old, Gretchen Espina says not much has changed in her life—she still needs to go through one year of college in U.P. Diliman to gain her degree in European Languages (major in German, minor in Tourism), and she still acts as the dutiful daughter and good friend.

The only thing that's different now is that she carries the Pinoy Idol title, a distinction she had earned August last year through no easy feat.

The young singer said she had to go through long lines, numerous interviews and auditions, tough singing battles, and nerve-wracking eliminations just to clinch the title.

Rewards are numerous. Fame exists now, she said, and people everwhere have started recognizing her. She also gets to work with top singers in the country, as a performer in GMA-7's Sunday concert show SOP.

But what she's most proud of is her debut album Shining Through produced under Sony Music, the record company that has the exclusive rights to produce the albums of Idol winners around the world.

Four other songs were penned by international songwriters: "Shining Through" by Nina Ossoff and Tanya Leah; "I Promise" by Nina Ossoff, Steve Skinner and Jimmy Santis; "I Know You By Heart" by Stephanie Salzman and Matt Senatore; and "Never in My Life" by Nina Ossoff, Kathy Sommer and Potter Carroll, Jr.