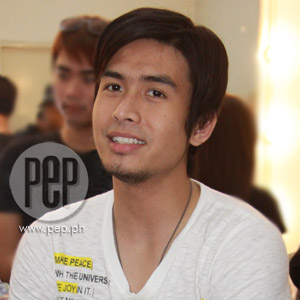 
The title of the album is Romance Revisited: The Love Story of Jose Mari Chan.


The idea of Christian reviving the well-loved musics of Jose Mari came up when they learned about the Asian Pop Idol's portfolio or achievements as one of the well-loved singer rin, especially in other Asian countries like Indonesia.


In fact, Jose Mari is one of the very few Filipinos who have reached the double diamond award na katumbas nito ay 20x platinum.


Other songs included in the album are "Please Be Careful with My Heart," which was originally sung by Regine Velasquez and Jose Mari Chan, as well as Christian's first recorded duet with Sarah Geronimo.


Hindi nawawala ang pressure kay Christian to be compared with the top balladeer who has earned different kind of awards any singer could dream of. Pero more than that, ang aim daw ni Christian for reviving Jose Mari's music is to introduce these songs to the new generation.