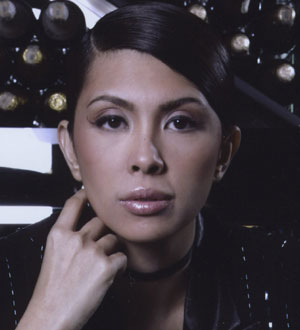 Pops also breathes new life to two popular hits from way back: "What I Did For Love," popularized by Jack Jones, and "Wrong For Me To Say I Love You," the dreamy, whispery Pia Zadora ballad culled from the soundtrack of the ‘80s flick, Butterfly.

Silver comes as much-awaited treat for Pops's fans who have long been waiting for a follow-up to her last album, When Words Are Enough, released two years ago by Warner Music Philippines.

Reaffirming her stature as one of the most prolific recording and live concert performers, Pops admits to having lost track of her total album output since her humble beginnings. "I've always made it a point to come up with one at least every two years at the most," she points out. "I owe it to my fans who always ask me when the next one's coming out.

"It just so happened that this release coincides with my 25th year in showbiz," Pops adds. "Since most of my previous albums were love-driven, we decided to emphasize the 25th year aspect of my career - hence the title."

However, Pops flaunts her musical audacity in "Friends"—perhaps the only track that stands out with its edgy, alternative rockish vibe.

Definitely one of the album's highlights, "Friends" finds Pops doing a duet with son Robin, who not only gets a chance to flaunt his songwriting prowess but dazzles as well with his deft acoustic guitar work and John Mayer-ish vocals. Technically his first recorded work, "Friends" is but one of Robin's many compositions, most of which have been written specifically for his church.

"It's a dream come true!" Pops gushes. "I've always wanted a song from him, and have always looked forward to getting first shot at singing it professionally. He's a talented musician and a great artist, and that's coming from a very proud mom. More than anything, I love the duet we did for sentimental and emotional reasons. A mother and son doing a song together—that's a first for me."

Interestingly enough, Silver also features yet another track by ex-husband Martin Nievera, peculiarly titled "Still In Love With You." "He was in Manila when I told him that I was working on a new album, and he came up with this," Pops explains. "It's not as commercial-sounding as the other songs, but I love its arrangement. It's that type of a song that grows on you."