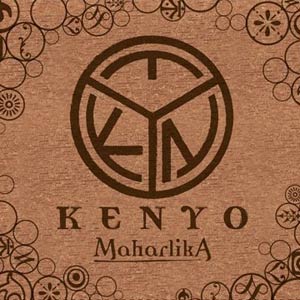 Kenyo vocalist Mcoy Fundales explains that the Tagalog word Maharlika has its roots in the Malayan term "Majer-Likha" that means a great piece of work. Thus, members of the Bulacan band chose to name their second album Maharlika (which translates to nobility).

From being a vocalist of the band Orange and Lemons, Mcoy Fundales joined Pinoy Big Brother Celebrity Edition season 2, but surprised viewers later on when he voluntarily left the house.

After that, Mcoy came back to Universal Records and formed a new band called Kenyo, with his two former band mates in Orange and Lemons: Ace del Mundo (guitars) and JM del Mundo (bass guitars). Their group first released their debut album, a musical scrapbook titled Radiosurfing, last year that allowed their group to conduct a U.S. tour.


This 2009, Kenyo has released their second album titled Maharlika, and they were joined by two new band mates: Cleng Ocampo on guitars and Ariz Villalon on drum/percussions.


Kenyo was coined from the Tagalong word Bulakenyo since all members of Kenyo are natives of Bulacan province. Ayon naman kay Mcoy, ang title raw ng album nilang Maharlika has a story behind it.


Mcoy recalls how their sophomore album was formed.


"Well, as you all know after Orange and Lemons, I went inside the Big Brother House. I was invited by the people who helped us din naman from ABS. So, I just can't say no, so, parang pahinga ko na ‘yun, retreat. I did that one.


"When I was inside the house, ‘yung magkapatid, they formed another band. When I got out of the house, nagkita ulit kami, siyempre, nandoon pa rin yung urge to play music and that's when we decided to form Kenyo. Then we had Ariz na pinsan po nila and Cleng who is from Bulacan din to play guitar. Para maiba rin sa Orange and Lemons, dapat lima na tayo ngayon para mas makapal din ang tunog.


"Tapos last year, nagkaroon kami ng project album, so, we decided to do two cover songs, ‘yung Sana and Ayoko Na Sa ‘Yo. It was Radiosurfing na more than a month lang naming na-record and it was released by UR [Universal Records].


"Pero ang hindi alam ng lahat, we were writing original songs na last year pa to a point po na we have enough materials to actually record two to three albums. So, we chose the 12 ones, to put in Maharlika. This is like our second album but if you ask us how we feel, this is our first talaga kasi, ito ‘yung original. Last year was a project album."


One of the original songs of the album is titled "Filipina." Si Mcoy raw ang sumulat ng kanta.


Another thing that makes this album special is their first collaboration with female artist Hi-C from Dice & K9. The result is the track titled "Simulan na Natin."


"It's a very sexy track. First time for us to do that kind of track and for me to sing with someone. And Hi-C is now appearing for Playboy magazine this month and we're very happy na she graciously invited to sing with us sa album. It's a very nice track. So, it open doors for future collaboration with other artists."


He's also looking forward to sing with other OPM artists like Rey Valera, Rico Puno, Jose Mari Chan. But what holding a reunion with his former band mates in Orange and Lemons?