The Jabbawockeez will perform this Saturday, Feb 6, at the McKinley Hills Open Grounds 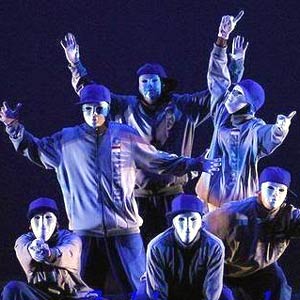 The name of the international dance group Jabbawockeez was derived from the fictional character of writer Lewis Carroll's poem Jabberwocky from the 1872 book Through the Looking-Glass and What Alice Found There.

The seven-strong group was introduced to the press last January 29 at the 14th floor ELJ building, ABS-CBN compound.

THE GROUP'S FORMATION. Formed in 2003, this collective of young professional dancers started by competing at local club events in San Diego and Los Angeles in California. The name Jabbawockeez was derived from the fictional character of writer Lewis Carroll's poem Jabberwocky from the 1872 book Through the Looking-Glass and What Alice Found There.

Rey Paguio believed that the group was formed through divine intervention. "It was a plan that God had set forth from every aspect; from security to our DJ's to other Jabba members. There's a reason why we are all together and it boggles our minds the response we get from all over the world through Twitter. It's amazing how global our group has become. It's definitely something the world has put together and we continue to honor by sharing our gift with the world."

MANILA CONCERT. Jabbawockeez visited the country four months ago for a series of shows and they're back for a major concert together with American Idol Season 8 winner Kris Allen and YouTube sensation boy band Boy Avenue.

Jeff Nguyen promised the fans for a great show. He said, "It's going to be a lot of. We are learning now to stretch ourselves artistically and trying to step out of our comfort zone and that said we are trying to give you an honest expression. We also have the element of our DJ, his group The Bangers, have produced some original music and original tracks and you will see first-hand how he creates that type of sound.

Rynan Paguio added, "You are going to get to hear a lot of original songs coming from the Jabbawockeez album."

When asked why they chose the Philippines, of all the places in the world, to come back for the second time and step up their career, Chris Gatdula cheerfully said, " I think we choose to come back because of the love and support we get from the Filipinos; and you guys just make us feel so welcome and just loved. We would love to come back and show the support. We love you guys. "

Kevin Brewer aka KB, 28, Sacramento, California. KB began dancing at a very young age and has attained quite a bit of insight of music producing, bonsai making and joining a movement. With a movement training method called "Beat Kune Do," his ambition is to help aspiring dancers unlock their dance potential. He's married to a Filipina with two wonderful mixed race children. He told the media that he's eager to learn the Filipino language.

Phil Tayag aka SB/Swagger Boy, 25, Sacramento, California. Swagger Boy started dancing at the age of 14. Optimism and creativity are said to be his strengths. Anything about fashion, music, dance, or business also interests him. He hopes that he inspires people to dream as big as possible and then make it probable. He shared that Kevin is a family friend and has been around the Tayag family for a long time. Phil and Kevin have been dancing together for 25 years.

Jeff Nguyen aka Phi, 28, Phoenix, Arizona. Phi began his dancing at the age of 16. His first professional job was at the age of 18. At the age of 19, Phi moved to Los Angeles to persue his career as a professional dancer h slaschoreographer. Since moving to LA, he has become a well-respected hip-hop instructor at some of LA's most prestigious performing arts centre such as The Edge PAC, Millenium Dance Complex, Debbie Renolds. His dancing booked him jobs working with artist like the Pussy Cat Dolls and Run DMC. He now resides in Arizona.

Joe Larot aka emaJOEnation, 26, Sacramento, California/ Siguijor, Philippines. emaJOEnation started his performing arts dream at the age of 7 for a cultural arts program called Sinag-tala Filipino Theater and Performing Arts Association. He has honed his passion for dancing in performing on local events and teaching other aspiring dancers. Since then, Joe has been affiliated with groups such as K.a.b.o.o.m Squad, Mindtricks, Culture Shock San Diego, Boogie Monstarz and Press P.L.A.Y. His goal is to keep pushing innovative choregraphy and to inspire the next generation with his talents and experiences he has developed so far in his life. emaJOEnation is single but have a very important girl in his life--his daughter.

Chris Gatdula aka Cristyle, 28, Las Vegas, Nevada/Cavite, Philippines. Cristyle was born in the Cavite, Philippines, raised in Hawaii, moved to San Diego and stayed for good in Las Vegas. As a child, his love for dance began at an early age with inspiration coming from Beat Street and Michael Jackson. He became a member of dance crews called Full Force, Super Cr3w and Culture Shock San Diego. His goal is always to excel in dance, fashion, and business.

Rynan Paguio aka Kid Rainen, 28, San Diego, California/ Cavite/ Bataan/Iloilo, Philippines. Kid Rainen has Filipino descent from Cavite, Bataan and Iloilo but spent his life most of the time in San Diego. Paguio started dancing at the early age of 12 as a break dancer and started dancing professionally at age of 18. He was inspired by crews from the early '80s and '90s dance groups Rock Steady Crew, Battle Squad, Air Force Crew, and NYC breakers. Paguio has danced for Ne-Yo, Leona Lewis, Pussycat Dolls to name a few. He has worked in films such as How She Moves and Step Up 2: The Streets and trained with some of the best b-boys/hip hop dancers in the world like Flo Master (7 GEMS/Footwork Fanatix), Poe One (Style Elements/Rock So Fresh), and Gary Kendell (Mindtricks/Jabbawockeez).

Nick Ngo aka Jabbwockeez DJ. Nick made most of the original music for the Jabbawockeez. He's happily married to a Filipina and admitted that he really loves the Philippines because of the warmth and hospitality of the Filipinos.

AMERICA'S BEST DANCE CREW EXPERIENCE. The group's television debut started on the second season of America's Got Talent in 2007 and their dance careers skyrocketed after winning in the first season of MTV's America's Best Dance Crew. After winning $100,000 grand prize on the said dance-reality show, the Jabawockeez' music and dance moves have influenced aspiring dancers which spanned around the globe. Shane Sparks, ABDC main judge said during the show, "Jabbawockeez, you all just set the standard for the next ten seasons. If the crews that are watching this show do not come at that level, they need to stay home because you just all ripped it."

The Jabbawockeez was inspired to audition for America's Best Dance Crew through the late Jabba member Gary Ray Kendall. Kendall wanted the Jabbawockeez to showcase their dance talents. The hip-hop dance group also have friends who are choreographers on the show that it worked out.

Joe Larot recalled what Randy Jackson, ABDC creator, advised them during the show, "Meeting Randy Jackson is a big deal. From American Idol, he has done a lot in his career. He's just a really cool guy and really down to earth. I didn't know personally what to expect from him but I think when we were on the show, he would always keep close attention to us and always give us a lot of praise. He wished us good luck, very encouraging to us and we got a lot of support as well."

Phil Tayag added, "I think the best thing about doing America's Best Dance Crew is to be able to see that this is something we are really passionate about. This is a good move showing that pursuing arts and pursuing a career that's not so conventional is definitely possible so for us to be in this position we are blessed and fortunate."

THE JABBAWOCKEEZ TRADEMARK. The Jabawockeez has changed the landscape of dancing through their mime, graceful, intricate movements mixed with street and theatrical elements and kabuki-style. Dressing in plain white masks and gloves, the California-based dance group poised artistic imagery of dance moves with fusion of raw emotions and graceful movements of the human body.

When asked about their inspiration in dancing, Kris Gatdula candidly told the press, "At first it's getting all the attention from girls, being on stage and meeting all these press people, and you keep going for it that's my dream."

REMEMBERING GARY RAY KENDELL. Rey Paguio vividly remembered how former member Gary Ray Kendell brought the Jabbawockeez together. "We all just hang out and danced with him. Because of him and through that, we just started. He was a big part of the group which we formed in 2003. He was a big part as far as the style he put to the group and we looked up to him a lot."

Kendell was supposed to be dancing with the group for the first season of America's Best Dance Crew when he passed away. "It was really hard but it was also a time to show our love you know what I mean and it helped out a lot to be together at the show," said Ben Chang.

The late member was said to be passionate about the Jabbawockeez in ruling and influencing the world through dance and music and the group respects and admires Kendell. "We are doing it for Gary and he believed in us like that and now we are the living proof," said Kevin Brewer.

IMPRESSIVE RESUME. Since their America's Best Dance Crew appearance, the oft-masked group has got to work with some of the industry's top music performers like Ne-Yo, Pussycat Dolls, Chris Brown, New Kids on the Block, Lil Wayne, The Jonas Brothers and many others. The group has also been featured in the latest Gatorade campaign alongside sports superstars such as boxing legend Muhammad Ali, NBA cagers Dwyayne Wade and Shaquille O'Neal and tennis champion Serena Williams.

This California-based dance group also made headlines when they appeared as featured guests on numerous television shows including The Ellen DeGeneres Show, Live with Regis and Kelly, Dancing with the Stars, So You Think You Can Dance and America's Next Top Model as well as in the dance-drama flick Step Up 2: The Streets.

Signing up as the newest Kapamilya contract artists for ABS-CBN's Sunday variety show, ASAP, made them excited. "We're making our family proud," expressed Rynan Paguio. He continued, "We also watched ASAP [back in the U.S.]. Yes, that's the only channel that is on all day everyday. I think the family is excited to see me like being born here and raised here for a small par of my childhood and the fact that I am in the Philippines being here and watching it from home, and we are being recognized for our talent."

Joe Larot added, "I definitely think it's big for our family, my nanay, mom and dad. For them it's bigger to be on ASAP than on MTV so it's a big honor and I am ready to do it with my Jabbawockeez brothers."