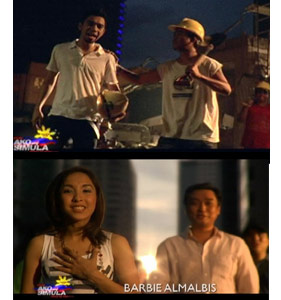 The country's top artists jam with the Filipino youth during the first ever grand eyeball-concert of ABS-CBN's army of boto patrollers. Dubbed Ako ang Simula: Himig ng Pagbabago, this concert will take place on Friday (February 19), 6 PM, at the University of Santo Tomas (UST) parade grounds and athletic field.

This concert is part of ABS-CBN nationwide election campaign Boto Mo, iPatrol Mo: Ako ang Simula, which encourages the youth to take an active role in the society and begin the change they want to see in the country.

On the same night, ABS-CBN will formally launch its Boto Mo, iPatrol Mo microsite that will make it more convenient for Filipinos to file their reports online with its especially customized user-interface.

Since the start of the campaign last year, BMPM has encouraged the youth to take an active role in the election period by registering to vote. Now, BMPM challenges the youth to take steps and begin the change they want to see in our country.

Currently, there are more than 60,000 boto patrollers who heeded the call for action and used their mobile phones and the Internet to patrol and report cases of anomalies and wrongdoings.

Some of the most compelling stories aired on television actually came from boto patrollers like the burning of a poll precinct in Batangas which claimed the lives of two teachers, and the first photo of the Maguindanao massacre to be aired on public which was taken only minutes after the gruesome crime occurred.

Watch the primetime airing of the concert this Sunday (February 21), 10 PM, on Sunday's Best of ABS-CBN.