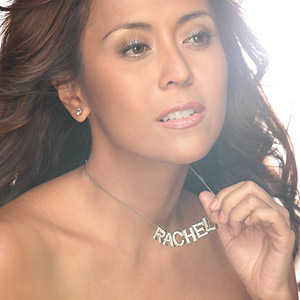 It has taken six years for recording artist, stage actress and entrepreneur Rachel Alejandro to come up with a new album and music lovers better Believe it's worth the wait.

According to Rachel, the 13 tracks in Believe were chosen so carefully that she refused songs submitted to her by friends (some of whom are big names in the industry) when these didn't fit the bill. "It was hard telling them 'no' because what they wrote were really very good songs. But in the end, we couldn't just settle for 'very good'—we wanted the best," she explained.

The album's carrier single, "Tayo Pa Ba?" is written by Edith Gallardo and Nino Regalado. Rachel admits crying the first time she heard it. "I had just broken up with my boyfriend then so I was able to relate to the song. "Tayo Pa Ba?" is about two people who have supposedly moved on from their relationship but are still thinking secretly that what they had may still be worth one more chance. The song is in the vein of Rachel's biggest hits such as "Paalam Na," "Bulag Sa Katotohanan" and "Kay Tagal" that all tell of real situations versus mere generic messages.

Released under Sony Music Entertainment, Believe also contains the songs "Bakit Hindi Tayo?" (penned by Cholo Escano), "Hanggang" (an Amber-Marcus Davis collaboration) and "The Rain" (written by Rachel herself). The remakes are "You Were There" (by Southern Sons done in duet with her father, Hajji Alejandro), "Xanadu" (Olivia Newton John), "Don't Stop Believing" (Journey) "Alone" (Heart) and "There's A Fine, Fine Line" (from the musical Avenue Q).

Rachel is part of the puppet-meets-person musical, Avenue Q, that was staged at Carlos Romulo Theater, RCBC Plaza in Makati City. Produced by Atlantis Productions, the singer plays Kate Monster and Lucy the Slut in the Tony Award-winning show.

Rachel describes Believe as a pop album; one that's easy to listen to as it showcases the works of some of OPM's finest songwriters and producers. "I was able to give my voice a rest these past years which now allows me to use its full strength and range," she said.

Apart from promoting her new album, Rachel will also be in the United States in April for some shows with Geneva Cruz. She'll go to New York to take up skating lessons in preparation for her role in the musical play Xanadu. It will be staged this September at the RCBC Plaza.

Launched on ASAP XV last March 7, Rachel says Believe reflects her rekindled purpose as an artist. "If you're someone like me who has been around, you know that it's easy to lose sight of why you entered the business in the first place. This album reasserts my belief that new good music still exists. That in these days of the revivals, fresh materials still have a place in the OPM scene," she concludes.