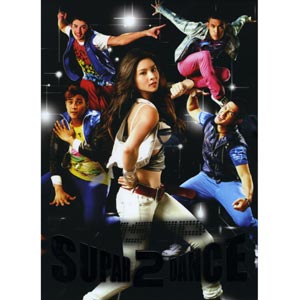 For his part, Mickey admires Kim for her passion for dancing. "I see her grow in dancing and she's masaya. That's why we're so happy to dance with her. Kasi siya, she doesn't see it as work, nag-e-enjoy din siya."

As a new member, Kim will now join the Supahdance boys in their dance production on ASAP XV every Sunday.

SUPAHDANCE ALBUM. Following the success of Ultimate Dance 4 (UD4) and Supahdance albums, Star Records released another dance album that will get the listeners' feet moving.

Along with the album launch, Star Records also invites all Pinoy dance freaks to join the search for the ASAP XV's Supahdance Step. Interested parties may submit a dance video using the Supahdance theme song to win P10,000 and have the chance to be part of ASAP XV live! Visit http://asaptv.multiply.com or www.starrecords.ph for more details on how to join this contest.