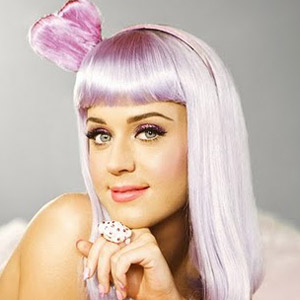 Listening to Katy Perry sing about "California Gurls"—the single lifted from her new album titled Teenage Dream—prompts one to wonder whether the American singer-songwriter is once again testing the patience of mainstream radio, the way she did with past hits like "I Kissed A Girl," "Ur So Gay" and "One of the Boys."

There's also the feeling that perhaps Katy is losing some edge and falling into the kind of bubblegum pop prevalent nowadays.

Either way or depending of course on one's interpretation as a listener, the 25-year-old singer defended her present musical direction by saying that one thing has remained constant when it comes to her work: honesty.

"I really don't think people want me to be anything that I am not. I think that people that are listening to my music and that are actual fans to this whole body of music, they see that I really try to come from an honest place, telling stories, a lot of stories coming from my life and I think that when I stop being honest people will know and will see through it," Katy said in a statement in line with the launching of Teenage Dream.

Katy feels that although the new songs are undeniably "more thoughtful and mature" as compared to the previous ones, she never thought of drastically shifting her musical direction to challenge both old fans and casual listeners.

She elaborated to Rolling Stone magazine: "Basically what I want to do is not alienate the audience that I have at all. I think some people feel like they have had success with one thing and one idea and one record and they want to pull a 180 and try a totally different thing, I definitely feel like that's the wrong move.

"I feel like you just have to grow from it, you can branch off of it but keep the tree the same in some ways. Some people get full of themselves, and they think that anything they do is going to work or turn to gold or be the right move, and the reason why you're here is because of the people that like your music and the fans, so you always should keep an ear open to what they're saying."

Launched worldwide last August 30, Teenage Dream contains radio single worthy tracks "Last Friday Night," Firework," 'Peacock," "Circle the Drain," "The One That Away," "Who Am I Living For?" "Pearl," "Hummingbird Heartbeat," and "Not Like The Movies."

Teenage Dream—Katy's second album following 2008's One of the Boys—sold an impressive 192,000 copies in its first week of release and has hit the number one spot in record charts in numerous countries outside America, like New Zealand, Australia, Ireland, Canada, and Scotland.

"When you are a kid, when you are a teenager and you're falling in love for the first time or you have a fantasy about someone that you idealize, maybe it's a person or a poster on your wall that you grew up having on your wall. Maybe you wanted to meet them, be like them, or fall in love with them. Teenage Dream is kind of that feeling I wanted to exude off of this record," explained Katy.

Teenage Dream, released and distributed here in the Philippines by PolyEast Records,is now available locally in all record bars nationwide.