Jay-R celebrates Christmas away from home 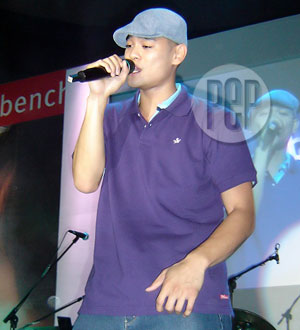 Jay-R releases his third album entitled Christmas Away From Home.


"I love Christmas songs! It's a longtime dream for me to have my own Christmas album," masayang pahayag ni Jay-R sa kanyang album launch.

"I didn't sleep much because I wanted everything hands-on. I arranged the music then recorded all the session players in my studio, wrote a tribute song for my uncle at the same time setting up my living room for the photo shoot, then recorded my vocals on all songs with my featured guests while conceptualizing the layout for the album. Mixed and mastered everything, and then there's the business side to take care of too!"

The album was actually inspired by Jay-R's Tito Reny who passed away recently. "I'm very close to him. His death triggered something in me and I knew that a tribute album was the best way to thank him and cherish his legacy."

"When they heard ‘Tito Reny,' my whole family cried," kuwento ni Jay-R. "This is really a very personal album, I even have my family pictures in the inside sleeves. It's like welcoming my fans sa pamilya ko."

"I am the executive producer of this album under JAYRS Music, my own record label. The album will be distributed by Universal Music."

And aside from SOP on GMA-7, mapapanood din si Jay-R sa MMS (My Music Station) on QTV 11. "It's a new music show that I'm hosting," shares the R&B Prince.