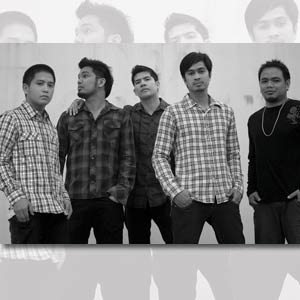 Herbert Hernandez now does the guitar chores for 6cyclemind after Chuck Isidro left the band.

"6 Cyclemind starts the year of the Golden Rabbit with a bang!

"Not only were they able to earn kudos from radio station 91.5 Energy FM, which named the band its "hottest group for 2010," they also continued their hit-making ways, garnering the top slot in music channel MYX's year end countdown with their hit single "Kung Wala na Nga."

"But where other acts would probably be just content to sit and celebrate on their laurels, 6cyclemind is fast proving to be a different animal as the group continues to stay razor sharp and on top of their game. And they are aiming to carry this edict into 2011 and beyond!

"'We are stronger as ever," said band manager Darwin Hernandez.

"6cyclemind is more than a band but a brand name that we have to nurture and grow," he added, promising to keep the band moving forward and onwards.

"Our music has always changed and matured through the years. We will never stagnate because Music per se is our influence. As long as we listen to new and different sounds, our music will keep changing and evolving as well."

"6cyclemind has a good reason to keep going strong in 2011 inasmuch as they are also set to celebrate their 10th year in the business. A decade is long enough a testament for an act's longevity but the band is more passionate as ever.

"We are very much thankful for reaching this far and this long. I remember during our Mayric's days there were so many bands that started right about the same time we did and we are very fortunate to be one of those given the opportunity to continue playing our music," said BOB Canamo.

"To commemorate the event, the band is busy planning to record a special 10th year anniversary album--this aside from a separate soon to be released new disc.

"And we will also be more active with our gigs, so watch out for that," Caringal added. The current group line-up has seen some changes with Herbert Hernandez doing the guitar chores. Herbert is not really new to the band since he has always been the go-to-sessionist whenever Chuck [Isidro] was not available.

"Meanwhile, fans shouldn't miss vocalist Ney Dimaculangan that much as he is 100% involved in the production of the 6 Cyclemind 10th year anniversary album. As parting shot, Hernandez insisted that the band will keep on rocking in 2011 but not to "top everyone else but to help ensure that the local music industry is alive and that it stays healthy for years to come."