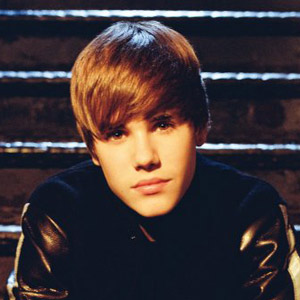 "Sixteen-year old superstar Justin Bieber has an exhilarating year ahead of him as he gives out another piece of anthology, NeverSay Never: The Remixes, the musical companion for the debut of his up and coming Paramount Pictures film Justin Bieber: Never Say Never to be shown in Philippine cinemas on March 23.

"From his music to his fashion style and hairstyle--everything that Bieber does is bound to be a public highlight and this is why he remains to be one of the world's biggest pop artists of today. And to keep the momentum going, he drops off an exciting remixes album, which contains 7 tracks."

"For this album, Justin Bieber has collaborated with some of the biggest names in music including Kanye West, Raekwon, Usher, Rascal Flatts, Chris Brown and Miley Cyrus. The title track, "Never Say Never," features Jaden Smith and as an addition to Bieber's recent highlights, the duo performed the song at the 53rd Annual Grammy Awards. This was Justin Bieber's first-ever Grammy performance, which garnered an impressive response from the crowd.

"Other must-hear tracks of this album are the "live" version of "Overboard," which is a duet with Miley Cyrus, recorded when Bieber was performing at the Madison Square Garden, and the surprising remix of "Runaway Love" featuring Kanye West and Raekwon. "That Should Be Me" remix features chart-topping group Rascal Flatts, while in "Up" remix, Bieber is joined by R&B singer, Chris Brown. And of course, let's not forget the awesome "Somebody to Love" remix featuring Bieber's mentor, Usher, and "Born To Be Somebody", which is a new track penned by Golden Globe winner Dianne Warren.


"All of these songs are prominently featured in Justin Bieber's film, which documents an authentic, first-hand look at the life, journey, and success of the young entertainer as he goes from a small town, Stratford, Ontario native street performer to a global superstar. The film's credited producers include Scooter Braun, Justin Bieber, Antonio "L.A." Reid, Usher Raymond IV, Dan Cutforth and Jane Lipsitz.

"His current album, My Worlds--The Collection, became hot stuff in the market, having sold more than 5,000 albums already in just a span of 3 months; that is more than 31,000 albums sold if combined with his previous albums.