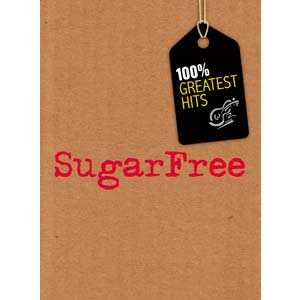 "Sugarfree, at its best, was definitely a band which redefined rock OPM," said PolyEast Records in a statement announcing the release of its greatest hits album.

The magnitude of any achievement (and failure) can only be truly measured when the dust has finally settled.

This is true even in the case of rock bands that have decided to call it quits after years of creating music and hit albums and singles.

Left in its wake are music fans and critics pondering the band's contribution to the music scene throughout its 11 years of existence.

"Sugarfree songs have surely become the soundtrack of your college days, barkada night outs or your 'senti' moments," said PolyEast Records in a statement.

"100% Greatest Hits is a definitive album that features tracks from their 2003 debut up to their last Mornings & Airports in 2009. The collection gives an idea of how far they've come musically and professionally, fuelled by artistic differences, pressure from an already crowded band scene, and line-up changes which saw the departure of the band's drummer Mitch Singson in August 2006."

100% Greatest Hits not onlychronicles Sugarfree's growth, maturity and success in the music industry, it also gives fans and supporters closure.