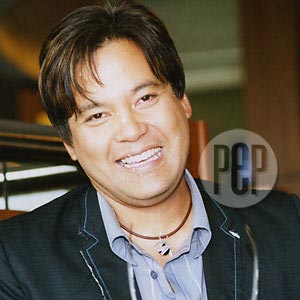 Martin Nievera took over the production of his highly publicized Planet Hollywood concert series after its producer disappeared.


After a promising start, Concert King Martin Nievera suddenly found himself without a producer for his highly publicized Planet Hollywood concert series.

In a phone interview with Startalk yesterday, June 23, Martin didn't deny the news that he was forced to sell his cars and branded watches so he could pay his back-up band and production crew who were also severely affected by the unfortunate incident.

This time, talking with Startalk host Joey de Leon, Martin said that the producer was overwhelmed by the taxing and tedious work that goes with concert production and as a result backed out without saying a word.

Martin signed a one-year contract with the runaway producer.

An article published by the Philippine Daily Inquirer last May 4, 2007 reported that Martin and his girlfriend Katrina Ojeda decided to handle production duties to honor Martin's commitment to the performers, crew, and ticket holders, despite the danger that it would financially wipe out the singer-host.

Shouldering all the responsibilities, Martin reportedly even does production-assistant duties by personally carrying props, musical instruments and equipment off the stage after performance to give way to the next group of performers.

Martin left the country in 2003 to try his luck in the U.S. concert scene, hoping as well to give his international music career a needed boost. He started out by doing the rounds of Las Vegas, most notably at the Golden Nugget and Rio Hotel, which earned good reviews.