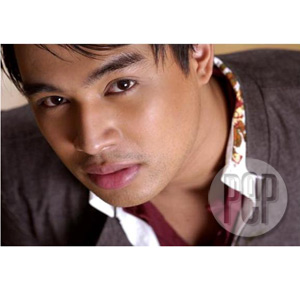 Jed Madela's guests for his July 14 birthday concert at the Metro Concert Bar include Pooh and France Bonnin.

Jed Madela is a singer's singer. He is gifted with a powerful voice that allows him to sing almost every song in unlimited range, earning him the moniker The Voice.

The singer will showcase his talent as he performs live on his birthday concert titled Jed Madela...A Birthday Concert on July 14 (8:30 p.m.) at the Metro Concert Bar, West Avenue, Quezon City. Together with guests Pooh and France Bonnin, Jed promises to treat his fans to a world-class performance with his repertoire of well-loved songs that only The Voice can render with distinction.

In the fickle world of show business, those who survive are simply armed with one weapon—talent. And Jed oozes with it. The various international awards bestowed on him prove his superb talent.

Jed won the silver prize at the 2003 Voice of Asia International Song Festival in Kazakhstan, he bagged the Best Voice of Asia Male Singer for 2002, given by the Mainhill Awards in the same global contest, and the Grand Champion plum as the people's choice in the Internet Poll Survey. Celebrity Chronicle in Hollywood named Jed as a Breakthrough Male Performer of the Year 2003.

Of course, who could ever forget Jed's triumph at the 2005 World Championships of Performing Arts or Voice Olympics?

He won five gold medals and one silver medal in six divisions. He was declared Champion of the World in the male singing division. And Jed was proclaimed grand champion and overall winner, besting winners in the dance, acting, instrumental and modeling divisions for which he received a trophy.

To top it all, President Gloria Macapagal-Arroyo awarded him the plaque of Distinction and Honor for the all the honor he brought home to our country.

Jed also received a gold record award for his duet with Karylle on the Fourth World Meeting of families theme song, Only Selfless Love. He played the Asian male lead in the pop musical concert East Meets West.

Aside from invading local airwaves with hits like "Let Me Love You" (From the Bottom of My Heart) and "Laging Ikaw," Jed is also the voice behind several commercial jingles.

Jed also has a new album out in the market. Titled Only Human, it contains 14 tracks with its carrier single "Forevermore."