Lifehouse will perform at the Smart Araneta Coliseum on May 26 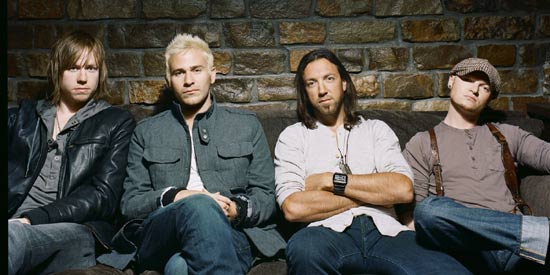 The Lifehouse band will perform on May 26, 2012 at the Smart Araneta Coliseum.

For those who missed the American rock band who gave us the hits "Hanging by a Moment", "You and Me", and "First Time" perform last July 2008, now is your chance to see them again live for a one-night only concert. Lifehouse Live in Manila will take place on May 26, 2012 at the Smart Araneta Coliseum.

Lifehouse's leap to mainstream success started with the release of their single "Hanging by a Moment" from their album No Name Face. The song became an instant hit and became the Most Played Song in 2001. Written by Jason Wade, the song catapulted the band into commercial recognition. This was followed by "You and Me" from their self-titled album Lifehouse and "Whatever It Takes" from Who We Are.

A lot of Lifehouse's songs were featured in TV series and motion pictures in the United States. "Everything" was used in the series Smallville, "All in All" in Scrubs, "Good Enough" was played over the end credits of the Disney film The Wild.

The band's ability to evoke emotions and effectively translates feelings through a song was what gave them the massive fan base that they have now. Tracks like "Sick Cycle Carousel", "Everything", "Breathing", "First Time", "You and Me" and more, were played over and over again by loyal listeners worldwide. These songs captured the hearts of millions and left them wanting more.

Lifehouse Live in Manila will take place on May 26, 2012 at the Smart Araneta Coliseum. Tickets will be available on sale starting March 14, 2012 at all Ticketnet outlets or call Tel. No. 911-5555 for more information.

This event is brought to you by Dayly Entertainment.