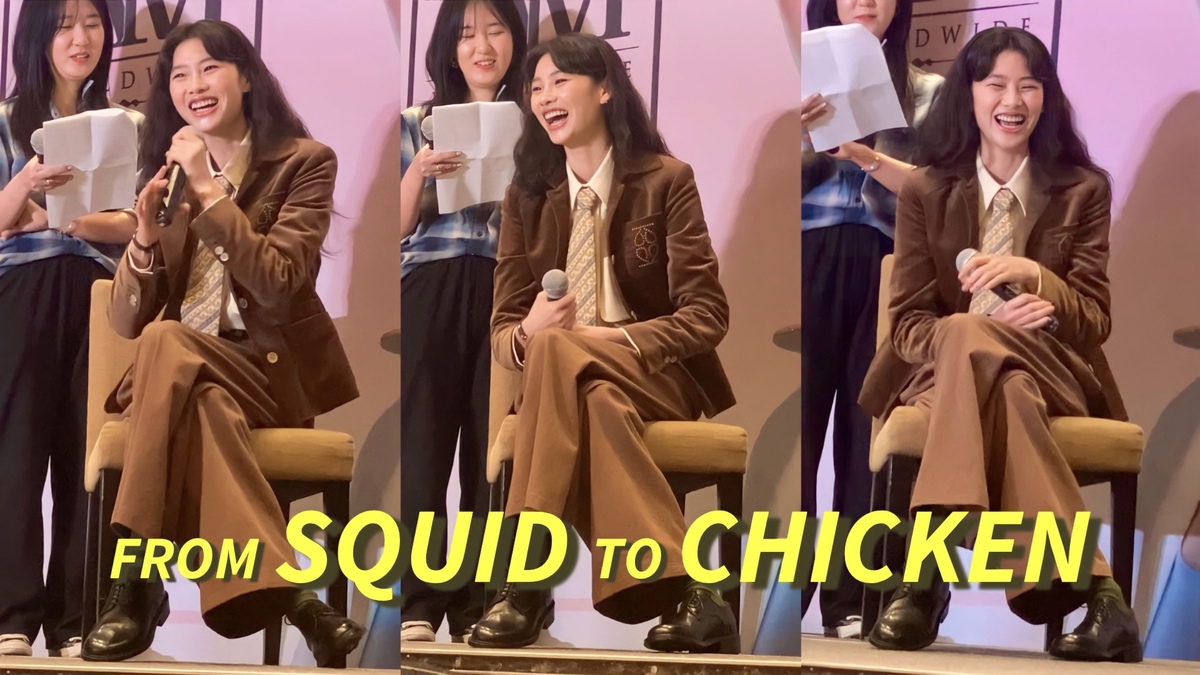 Squid Game lead actress Jung Ho Yeon reveals three acting projects in the pipeline for 2023, and what she does before accepting a role. One of the projects is named after an animal again.
PHOTO/S: FK Bravo

Aside from a successful career in modeling, she also claimed massive attention for her acting performance as Kang Sae-Byeok in the Netflix hit series Squid Game.

Ho Yeon counts her acting feat in the series as part of her 2022 highlights.

She said at the IAM Worldwide Ambassador launch on November 11, 2022: "I brought my mom to Emmy Awards, so that was one of the biggest things that happened to my life.

"And also I remember the SAG [Screen Actors Guild] Awards because of the filming that day was very like, I never been through that kind of [emotional] roller coaster in like just [a] few hours in that day, so it’s very kind of stayed in me still now.

"And also oh yeah I had a chance to work with Alfonso Cuarón and Cate Blanchett. [It] was one of the [most] magical, surreal experiences in my life."

Talking more about her project with director Alfonso Cuarón and Hollywood actress Cate Blanchett, Ho Yeon revealed the series is titled Disclaimer, which is set to premiere on Apple TV+ next year.

She is also slated to star alongside Lily-Rose Depp and Renate Reinsve in the A24 film adaptation of Anne Serre's eponymous novel The Governesses.

However, Ho Yeon apologized that she can't give more details about her upcoming project with Netflix Korea, and could only reveal its title.

The event's host Sam Oh translated, "The third one is something with Netflix Korea, and the Korean title is Dakgangjeong, which is what, Korean Fried Chicken?"

Ho Yeon shyly nodded in confirmation before she started to laugh with the audience.

"Is that the English title too?" Sam asked, and Ho Yeon verified this with a nod.

Ho Yeon quipped, "My friends told me that 'Why you choose like Squid Game and fried chicken?' I'm like 'Oh! What a coincidence.'"

After Sam explained that Ho Yeon can't talk more about her project named after another animal, the model-actress gave a short and sweet "Salamat po" to appease the curious audience.

BEFORE TAKING ON A ROLE

Now that Ho Yeon's acting career is taking off, a lot of people wonder if the actress has considerations before accepting a role.

Sam related Ho Yeon's answer: "When she is offered a new role, she likes to take her time to get to know the character.

"Because in her experience, the first time she meets this character, the second time, the third time, the experience is different.

"[It's] something that she asks her management and the people who are involved in this project, if she could have this time with her character before she takes on the role."

When asked about a dream role she wants to take on, Sam directly translated, "I get asked this question a lot, and the answer, honestly, is I don’t have one.

"It could be because I am very adventurous, and maybe it’s because I’m greedy as well. But I wanna try all kinds of genres and I wanna play and explore all kinds of characters."