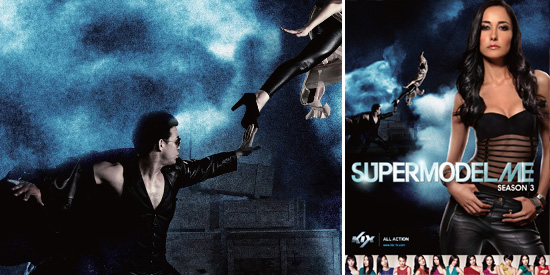 Priding itself with Asian and international content, KIX channel brings forth a selection of heart-stopping, adrenaline-inducing shows from combat series to action blockbusters, also anime cartoons to a modelling reality program.

Essentially, KIX is "everything action."

At an exclusive party on Wednesday night, March 21, at Dillinger 1903 Steak-Brew, 3rd Floor Greenbelt 3, Makati City, KIX was formally launched and introduced as "the ultimate television destination" for an action-packed entertainment across Asia.

Filipino celebrity Troy Montero was selected by KIX to emcee the event.

Appealing to an 18-to-45-year-old audience, mostly males, KIX allows viewers to experience the "action-adventure" genre in a whole new level.

Priming itself to be the home channel of combat series, KIX airs fight matches in Mixed Martial Arts (MMA) and kickboxing, as well as fighters' reality shows. Among these programs are Bellator, the world's second largest MMA promotion; K-1, a world-wide kick-boxing promotion; Legend Fighting Championship, a Hong Kong-based MMA fight series that features fighters across the Asia Pacific; also, Fight Girls, a reality program that gathers ten female fighters to train Muay Thai in Las Vegas and compete in a Muay Thai championship in Thailand.

KIX also airs Record Breakers, a BBC (British Broadcasting Channel)-produced children's program that centers around world records; and Fist of the North, a Japanese manga to anime series that tells of Kenshiro's tale as a warrior in a post-apocalyptic world destroyed by a nuclear war.

Airing its third season on KIX, Supermodel Me features another batch of 12 model aspirants of Asian and mixed-heritage decent. Hong Kong-based top model Lisa Selesner, a.k.a. Lisa S., is this season's main host and resident judge as the 12 compete against each other on the runway and in modelling challenges.

KYX is available on Sky Cable Channel 63 in Metro Manila, Channel 83 in Cebu, and Channel 96 in Davao.