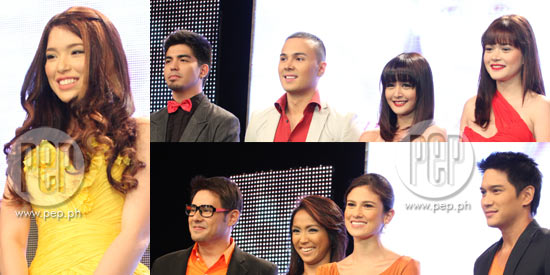 Shows of GMA Network have performed strongly in its drama-filled Afternoon Prime block, which runs weekdays from 2:30 p.m. to 6:30 pm.


As of March 16, data from Nielsen Television Audience Measurement (Nielsen TAM) show that GMA-7’s Afternoon Prime was a leader in the National Urban Philippines (NUTAM) from the beginning of the year with an average household rating of 14.6 points and an average audience share of 36.9 percent.


The Good Daughter also did well in the ratings game. This show is topbilled by Kylie Padilla, Rocco Nacino, LJ Reyes, introducing Max Collins with Raymond Bagatsing, Alicia Mayer, Dion Ignacio, Ervic Vijandre, Angelie Nicole Sanoy, and Ms. Luz Valdez. It received an average household rating of 14.6 points while its competitor got 11.5 points (based on February 13 to March 16, 2012 data).


Broken Vow, on the other hand, was ahead of its competitors by an average of 5.5 points since it launched on February 6 (period ending March 16). It reaped an average nationwide household rating of 14.1 points while its competing program only got 8.6 points. Broken Vow stars Gabby Eigenmann, Luis Alandy, Rochelle Pangilinan, and Bianca King. They are joined by Celia Rodriguez, Pancho Magno, Jace Flores, Lou Sison, Juan Rodrigo and Carmi Martin.