Survivor USA currently shooting in Caramoan; Hollywood movie also slated to be shot in the province 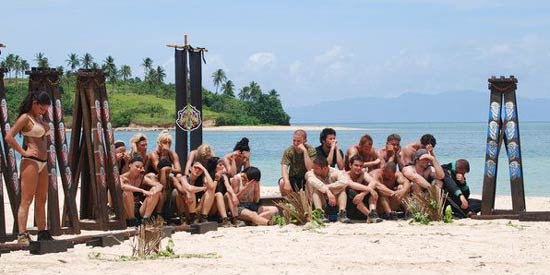 ABS-CBN News reports that the production crew who worked on The Bourne Legacy film are also working behind the scenes for the said reality show hosted by Jeff Probst.

Governor L-Ray Villafuerte told ABS-CBN News last March 27, “Actually may Survivor doon. It's a really big production but I cannot [give more details] because I signed a confidentiality agreement. It's is being filmed right now and it's going to air in September.”

Shooting has started and will end in August 2012.

Some fan sites of the show have speculated that Seasons 25 and 26 of the American reality show will be shot back to back in the Philippines.

Governor Villafuerte pointed out that Survivor has boosted local tourism and local businesses. He remarked, "They are hiring 400 people. They pay them daily wage, they are hiring sasakyan, bangka at lahat ng local supplies doon ay binibili nila so grabe ang business in the locality.”

The filming of the reality show was also cited in the website of CK-Inn, one of the inns operating in the island. Its website states: "The whole Matukad Island will be closed during March as production team of USA is now in Caramoan preparing for the Survivor show.”

Governor Villafuerte takes pride in the fact that the province is no stranger to being hosts of foreign productions. He mentioned that the French and Swedish versions of Survivor were also shot in the area.

The governor recalled, "Survivors France, Sweden, Belgium, India, Turkey, Serbia, Israel have filmed there as early as four years ago.”

In recent years, the Caramoan peninsula has become a “top choice” for this popular reality show. More tourists have flocked to this kayaking and snorkeling destination. Dubbed as a hidden “paradise”, Caramoan offers an idyllic “lost in the wilds” set-up perfect for Survivor. Caramoan was chosen for Survivor France in 2008. Survivor Israel, Survivor Bulgaria and Survivor Serbia saw action at the place in 2009. Later on, Survivor Sweden was shot in 2010. Caramoan has become a “favorite” of Survivor Serbia as it had repeated production shoots in 2010. Survivor Denmark, Survivor Norway, Survivor Belgium and Survivor India were shot last year.

Australia China, Malaysia and Thailand are some of the Asian countries featured in the U.S. series.

Since the American version attracts a global market, many countries have shown interest to host the reality show, which is now airing its 24th season.

Governor Villafuerte also disclosed that a Hollywood film will be shot in Caramoan within the year.

He was quoted as saying, "Magkakaroon ng Hollywood film sa amin this year, I can not say again [what it is].”