Daniel Padilla opens up about his feelings for Kathryn Bernardo 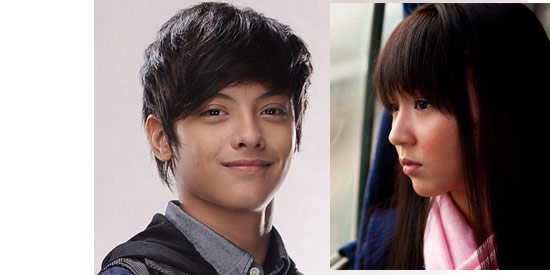 Fans of Growing Up stars Kathryn Bernardo and Daniel Padilla will get to see their idols paired anew for ABS-CBN’s upcoming TV series titled Princess and I.


This marks Daniel’s second time to be paired with Kathryn Bernardo.

In an interview with The Buzz host Boy Abunda, Daniel reiterates that he has special feelings for his leading lady.

At 17, the young actor has quite a big following of fans; his boyish looks appealing mostly to teenagers and even older women.

What is his reaction to their admiration?

Boy then focused his attention on Daniel’s love life. He asked if the teen actor has a girlfriend and Daniel answered, “Dati ho pero ayokong pag-usapan iyon.”

“Are you in love with Kathryn Bernardo?” was Boy’s next straightforward question.

How does he show his feelings for her?

Boy asked Daniel if gets jealous of his co-stars Enrique Gil and Pilipinas Got Talent runner-up Khalil Ramos.

Did he talk to Kathryn about his feelings?

What was the reaction of the young actress?