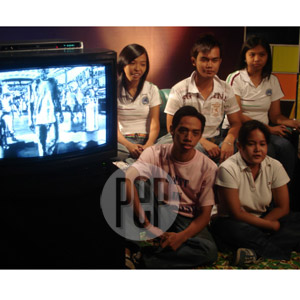 Pundido, a documentary about a blind father who sells ice drop and duck eggs to raise his family, edged out closest competitors Kendi Man and Nasaan ang Katawan ni Baklesh, both from the University of the Philippines-Diliman, after the critics' total scores and audience's text votes were tabulated by the Dokyu team.

Kendi Man topped the critics' scores with 78.5 out of the perfect score of 90 with Baklesh and Pundido, coming in with a close 78 and 77, respectively. However, Pundido pulled away from the pack by garnering 12.79% of the total audience text votes registered, while Kendi Man could only muster 7.15% and Baklesh did not even come close to half of the grand prize winner's aggregate text votes.

In addition, Pundido was the only finalist which got a perfect score of 30 from any of the three respected critics from academe and the broadcast industry, with UP journalism professor Danilo Arao giving it an unblemished mark of 10 in all three categories, namely form/technical, content/relevance, and x-factor.

ABC-5 news manager Ed Lingao, another critic, commended Pundido for its "excellent scripting" while documentarist Kara Magsanoc-Alikpala, who reviewed the PUP documentary when it was aired on Dokyu last June 29, applauded the writers and the director for coming up with "a simple story with a lot of heart."

Kendi Man director Lorena Flor Dating settled for two trophies, one for being among the selected finalists and another for finishing a close second, while Baklesh filmmakers Gerardo Calagui and Vanessa Valencia brought home a trophy, same with the 16 other finalists.

Dokyu is hosted by Patricia Evangelista and directed by Ramon Bautista.