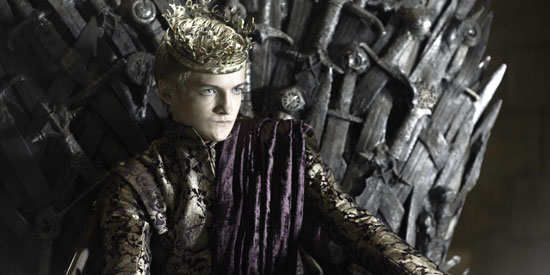 The young and mischievous King Joffrey was left to sit on the Iron Throne with the death of King Robert Baratheon. Catch the premiere of Game of Thrones season 2 on HBO on April 21 at 9pm.

After its successful first season, epic fantasy series Game of Thrones is back for season 2 on HBO. It will premiere in Asia this Saturday, April 21, at 9 pm.

The Emmy and Golden Globe award winning series was based on George RR. Martin’s ongoing series of epic fantasy novels called A Song of Ice and Fire. The show's title is taken from the first book called “A Game of Thrones.”

Set in the land of Westeros, the death of the ruler of King’s Landing, Robert Baratheon, left a power vacuum among five kingdoms.

The Iron Throne, the symbol of supremacy, was left to a wicked, young ruler, Joffrey, who was born out of Queen Cersei’s incest with her brother, Jamie Lannister.

With an incompetent and mischievous monarch in place, rebellions are brewing left and right.

On the one hand, there is Robb Stark, the son of the slain Lord of Winterfell, Ned Stark who is out to avenge his father. He has claimed dominion over the North and is also seeking to reclaim his sister, Sansa, who was betrothed to Joffrey.

Meanwhile, the brother of the late King Robert, Stannis Baratheon has conspired with the priestess Melisandre to gather up an army and launch an attack on King’s Landing.

His other brother, Renly, is also eyeing the much-coveted Iron Throne.

The princess of the House of Targaryen, Daenerys, in the meantime, is looking to rebuild power with her three newborn dragons while they are in exile in Essos.

The gripping tale is inspired by the likes of J.R.R. Tolkien’s Lord of the Rings. In fact, author George R.R. Martin has been dubbed as the “American Tolkien.”

Aside from critical acclaim, the series has gained a legion of followers from readers of the book to the TV-version fanatics.

Nielsen ratings noted steady increase in viewers per episode of the Game of Thrones, with a dramatic increase at the beginning of the second season.

Three weeks since the second season’s first episode debuted in the U.S., fans from Asia await their turn with much anticipation.