Regine Velasquez-Alcasid will celebrate her birthday on Party Pilipinas 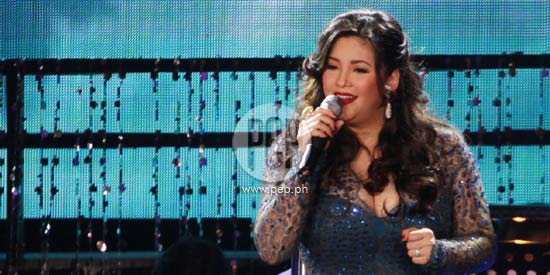 Regine Velasquez-Alcasid will have a birthday celebration during the April 22 episode of Party Pilipinas.

Party Pilipinas gives a royal welcome to the one and onlyAsia’s Songbird, Regine Velasquez-Alcasid, as she celebrates her special day on the Party Pilipinas stage.

Armed with their powerful voices and strong stage presence, Kyla, Rachelle, Maricris, Jonalyn, Aicelle, Julie, Krizza, Lovely, French, and Jaya are ready to make another scene as they belt out a string of The Journey’s classic hits in VOX.

Witness as the darling of the crowd, The Keso Boys, get cheesier than ever with their own rendition of the timeless hits of Rick Astley.

Party Pilipinas resident biriteras, Jolina, Rachelle, Kyla, Jensen, Lirah, Lovely, and La Diva join forces with the P-Pop Sensation Down to Mars for another explosive party showdown. Meanwhile, it’s the Xlr8’s turn to move to the beats of the Sayaw Pilipinas crew.

Because you asked for it, the "Party Pilipinas Roleta" is taking another spin with a new twist. This time it's the wannabe divas' turn on the stage. Are they good enough for judge Regine Velasquez? Find out this Sunday.

Finally, celebrate OPM pride as two of the greatest bands of today’s generation step in the Party Pilipinas stage. Jamming with the OPM primes, Janno Gibbs and Ogie Alcasid, are Kamikazee and Sponge Cola.