Gerald Anderson and Julia Montes share details about their houses 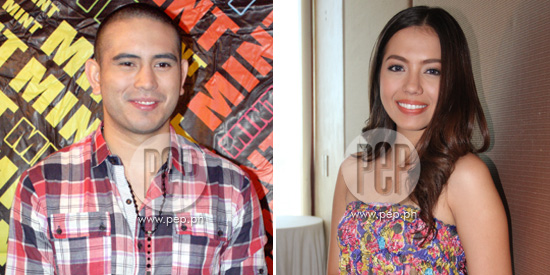 The house of Julia Montes (right) in Antipolo has a modern Mediterranean style while Gerald Anderson (left) had two floors added to their house in General Santos City.

Stardom has definitely been kind to two of ABS-CBN’s popular young stars: Gerald Anderson and Julia Montes. At their young age, they have already made one of their most important investments in life: buying their own houses.

Gerald and Julia opened up their homes for the April 22 episode of Rated K, which is hosted by Korina Sanchez.

With her mestiza looks, Julia has always been tapped to give life to the role of a rich and snobby teen. In reality, it is quite the opposite: she used to live in a small apartment space in Pandacan, Manila. "Naging dream ko siya dahil sa isang kwarto lang kami natutulog dati. Lima kami sa sahig kami natutulog,” she says about her family’s living conditions prior to making it big in show business.


Hers was a story of success, as marked by the first property she purchased when she was only 16. It was March 2012 when they moved in to their new house.

“Yung veranda talaga yung naka-attract sa akin,” she admits, as she leads the crew to the door leading to the said veranda. Wood is the main element of her home, which makes use of a modern Mediterranean style. Meanwhile, her bedroom has a youthful vibe because of its red and pink motif. Her house consists of 3 floors, with an attic, which she had turned into a walk-in closet for her clothes, shoes and collection of stuffed toys given by her fans.

GERALD ANDERSON’S CHILDHOOD HOME. Viewers were then given a chance to see Gerald’s house in General Santos City, where he grew up. Aside from the Gen San house (which he renovated for his mother), Gerald built a 3-storey house located in Quezon City.


The one in General Santos City used to be a single-floored unit, and the living room used to be his bedroom, he said. But later on, he had 2 additional floors added to accommodate more rooms. The star of the now defunct teleserye Budoy said that he had a lot of childhood memories in that house. He even showed the area where he used to “escape” when he was still young. “Dati kasya pa ako dito,” says Gerald while pointing to a small opening.

There's no predominant style to Gerald’s home, yet, as simple as it was, one could get the feeling that it is how he wanted it to be: laid-back, memory-filled. Aside from his bedroom, there was also a space allotted for an altar. The actor also had a basketball court built in the compound as well.